A pool of art experts was invited by The Times to judge the fifty most beautiful galleries in the world and, incredibly, first place has gone to the Uffizi Gallery in Florence. An immense satisfaction! This museum, full of interest and works of art, is a must among the places to visit in the Tuscan capital. (One afternoon is perhaps not enough).

The building, and its 45 rooms are home not only to the most beautiful paintings of the Florentine school of the 14th and 15th centuries, but also works by non-Florentine Italian painters and some of the finest works by German, Dutch, Flemish and Spanish artists. Sculptures from Roman times and the sixteenth century are on display along the corridors of the building.
The museum is organised in chronological order from the 13th to the 18th century. Rooms 1-24 are dedicated to the Florentine Renaissance, while rooms 25-45 contain works of the Late Renaissance and Florentine Mannerism, with paintings up to the end of the 18th century.

But how was this magnificent building born? It was commissioned by Cosimo I dei Medici (1519-1574), Duke of Florence and almost all of Tuscany. The aim was to give the city a magnificent building for housing the state’s main magistrates: the Uffizi (offices).   The project was entrusted to Giorgio Vasari, a painter and architect favoured by Cosimo. Work began in 1560.

The horseshoe-shaped building was built with a long wing to the east, which would incorporate the church of San Pier Scheraggio, a short portion on the river Arno and a short wing to the west, where the Uffizi would be connected with two existing buildings: the Zecca Vecchia (Old Mint) and the Loggia dei Lanzi.  By 1565, works had already been almost completed. In the same year, on the occasion of the marriage of his son Francesco with Giovanna of Austria, Cosimo I asked Vasari to design a raised passageway connecting Palazzo Vecchio with Palazzo Pitti. Thus was born the famous Vasari Corridor, a matter of great prestige for the Medici family.

The Uffizi also hosts temporary exhibitions, such as "Norma e capriccio. Spanish artists in Italy in the early Mannerist period". Until the end of the month.

The museum is open from Tuesday to Sunday from 8.15 until 18.50. Closed on Mondays. Tickets costs € 6.50 and can also be bought online.
With great satisfaction, all that remains for me is to wish you a pleasant visit to the most beautiful gallery in the world! 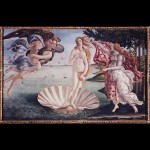 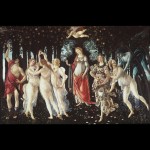 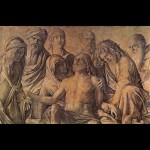 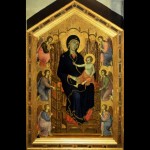 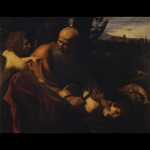 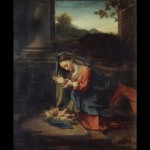