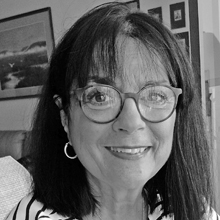 Margie Miklas is an American writer living in Florida, with a passion for travel, and especially, Italy. She writes the blog, Margie in italy, where you can follow her travels in Italy. She is the author of Memoirs of a Solo Traveler – My Love Affair with Italy, My Love Affair with Sicily,  Colors of Naples and the Amalfi Coast. , and her recently released novel, Critical Cover-Up. You can also find her on Twitter , Pinterest, Instagram, and FaceBook. 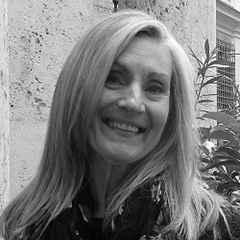 Susan Nelson is an American Travel writer whose love for Italy began 12 years ago when she took a two week whirlwind tour of this lovely country. Since then she has been back several times only to fall more deeply in love with the culture, history, people and beauty of this country. Susan has written over 100 posts on her blog, Timeless Italy Travels,, and has done guest posts for Browsing Italy, Boomer Women Travelers among a few other online travel publications. You can most always find her in her home office researching and writing new articles that intrigue her about Italy. Follow Susan on Twitter and Instagram. 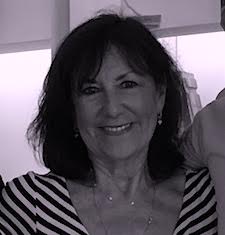 La dolce vita for me sums up Victoria’s passion and love for all things Italian. An American (with deep Italian roots) living in California, her heart is always in Italy. As a travel consultant, blogger, writer, and published author, Victoria loves sharing practical no-nonsense travel tips and insights as well as her own experiences from a personal and light-hearted point-of-view.

Victoria loves writing on her travel blog, PostcardZfromVictoria.com  and invites you to join her there as well as on Facebook, Twitter, Italian Notebook, and L’Italo-Americano.  She now offers unique boutique and personalized experiences in Italy with Victoria!   and  Victoria’s Travel TipZ Italian Style , her  book (about Italy, of course!), is now available on Amazon. 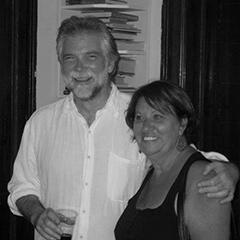 Karen Henderson is an American writer who now lives in Venice. She and her husband Michael moved to Venice in 2008 to escape the rat race of their hectic American careers. Karen blogs about their transition to expat life and their daily adventures in Venice on her blog, The Venice Experience.

Bob lives with his family in the UK and although his career in the automobile industry has involved business travel to many parts of the world, he is a keen leisure traveller with a particular love of Italy, its people, landscape and culture.  He is a photographer and painter and his visits to Italy provide the material for decorative and documentary photography as well as for oil paintings. You can see some of his pictures at bobhill1107.wix.com/art
You can also follow Bob on Twitter @blueeyedegret

Rick Zullo is an American writer, teacher, and relentless Italophile. He was born in Chicago, raised in Florida, but always dreamt of Italy. After a 17-year career in dentistry, he left the United States to live in Rome where he met his wife. He is now writing a series of eBooks which strive to decipher Italian culture for the English speaking world, which can be found on his Amazon Author Page.Rick maintains his personal blog at rickzullo.com and you can also find him on Facebook and Twitter. He invites your comments, questions and even criticisms.