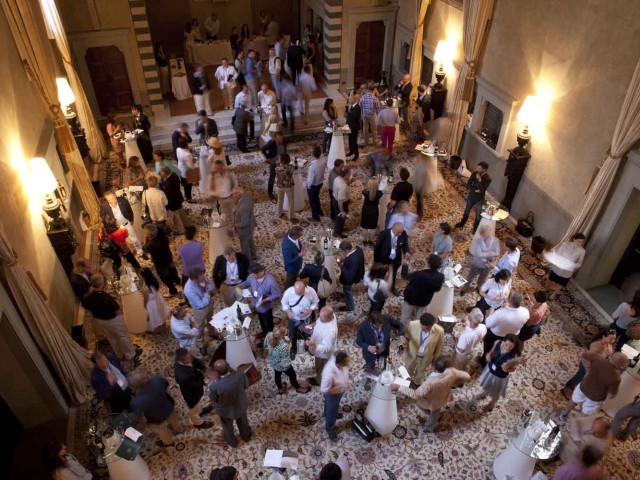 "The world must come to Florence, a place unlike any other, to celebrate excellence, of wine and more." James Suckling, one of the most authorative wine critics of the moment, has these words to sponsor the event. Since he arrived in Italy years ago as editor-in-chief of the European office of the magazine Wine Spectator, he's succeeded in making his dream come true through Divino Tuscany: to add luster to Tuscany's image and to the great wines of the region by directly involving the producers to celebrate excellence and to make it known to visitors flocking from all over the world. I am convinced, and I don't think I'm the only one, that he's managed to organize such a beautiful event also thanks to his totally international vision of Italy.
It will be a unique occasion to take part in an incredible variety of guided tasting venues, seminars, shows, and exclusive dinners, in the magnificent Florence that represents one of the most extraordinary wine-producing regions in the world. The bottles of 50 top-tier companies are the center of the event, starting with the eight founders: Barone Ricasoli, Marchesi Antinori, Castello Banfi, Marchesi di Frescobaldi, Mazzei, Petrolo, Il Borro, Principe Corsini.
Most of the event will be hosted in the historical villa of the Grand Hotel Villa Cora on the hills right atop the Boboli Garden, but visitors will also have the opportunity to tour the Corsini Palace on the banks of the river Arno, with an exclusive dinner organized by the legendary Enoteca Pinchiorri, which is a proud bearer of three Michelin stars and is renowned for its extraordinary selection of wines and for the refinement of its cuisine.
Nine dinners will be organized over the following days in the Palaces that are rarely accessible of some of the most illustrious historical families of producers, who will welcome guests (around 40 invitations for each dinner) within their property. Among these: Palazzo Antinori, Palazzo Frescobaldi, Palazzo Ricasoli, Palazzo Corsini sul Prato, Palazzo Spini ferroni.
On Sunday, May 20, to finish off the event, the celebrities Trudie and Sting Styler will open the doors of the Villa Il Palagio, a few kilometers away from Florence, for a "countryside lunch" in true Tuscan style… 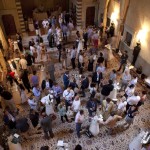 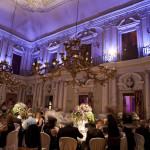 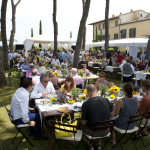 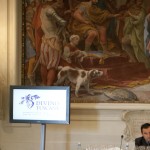