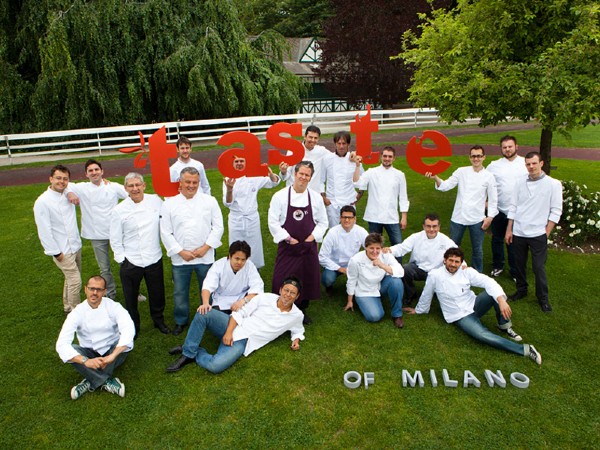 At the event dedicated to reporters held last May 17th, Taste of Milano was described as a true social food happening for Chefs of the top restaurants in Milan with their guests and more.
A gathering in the open air with the scene of the food-system that once again merrily swarmed the fields of the Horse Racing Tracks of San Siro on this third edition and which confirmed the desire to be a part of Milan happenings of Chefs, producers, reporters, food-bloggers, tasters, and those curious to discover a world that has always fascinated and thrilled, and all the more so nowadays.

In the Theater of Chefs we have seen the greatest cooks take turns in the succession of show-cooking performances, revealing all of their techniques used in preparing the recipes and stirring the audience.

In the San Pellegrino area, a living room called Tasteandshare, the reporter and illustrator Gianluca Biscalchin interviewed the chefs after having sketched original and amusing portraits of them, and drew up a map on the blackboard based on their accounts: I personally was there when he interviewed Andrea Aprea of Park Hyatt, a young lad with rich experiences in Italy and abroad who described his dishes and his incessant drive to experiment and research.

Another vibrant and much attended space was the Arca (or Ark): the truck set-up by Inoxpiù with all the accessories the best of chefs could ever dream for.  The Ark hosted the "In the Kitchen with…" sponsored by Crodino, which with the support of Teatro7 organized a series of meetings with Chefs like the great Pietro Leeman or pastry chefs renowned all over the world like Gianluca Fusto, and bloggers associated to certain producers craftily presented by the bloggers at Cibvs.com.
In the Ark I also had the pleasure to present one of my own recipes,   The plump tomatoes: when a tomato is proudly full of itself before an intrigued audience captivated by those who experience the art of cuisine also through the web and the pages of an online blog. The public at Taste did not simply experience the event as spectators, but also had the chance to try out their skills with cooking courses and enjoy tasting events and labs for young and old alike, organized by the staff of Sale&Pepe, with famous figures of the industry, in a dense and interesting program.
The thing that strikes the most edition after edition is its atmosphere, which is always fun and stimulating, where operators and gourmands can exchange opinions while the chefs joke and laugh together: it is a soothing and enriching experience for everyone.

To get a picture of the size and atmosphere here, I recommend that you take a look at “Taste of Milano”

But we still haven't talked about the fantastic opportunity that this event offers: wonderful tastes of the restaurant kitchens of all the chefs who have set-up kitchens and stands in the open air. From traditional Milanese cuisine to the incredible cuisine of Naples and beyond of Viviana Varese, to the pop-cuisine of the icon Davide Oldani, to the international creativity of Matias Perdomo of Pont de Ferr, to the oriental delicacies of Finger's, to the exquisite dishes of Innocenti Evasioni, to the ingenious appeal of Matteo Torretta of Al V Piano…
If you weren't able to catch this edition of Taste of Milano, keep yourself ready for the edition that will double in Rome this upcoming September! 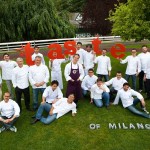 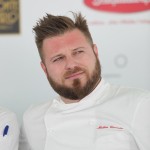 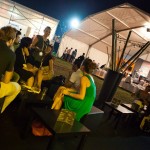 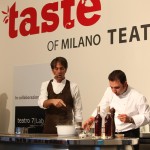 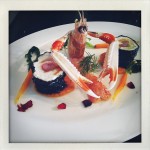 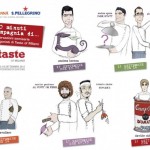 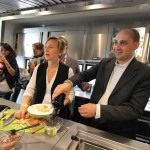 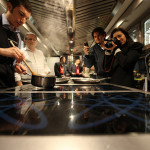 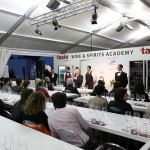