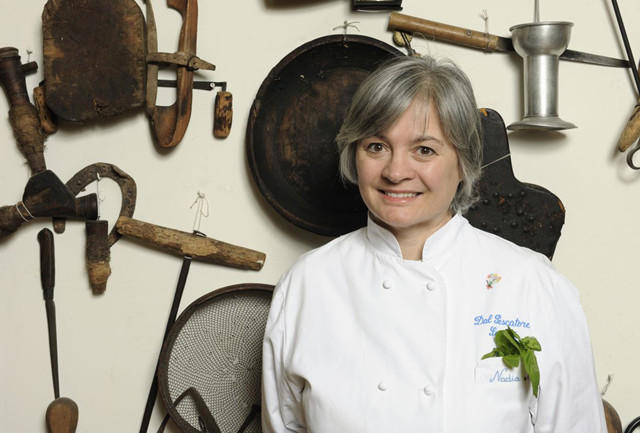 The first Italian woman to be named Veuve Clicquot World's Best Female Chef is Nadia Santini, the incomparable chef of the Dal Pescatore restaurant in Runate Canneto sull'Oglio (Mantua).
Self-taught, she developed a passion for cooking after studying Political Science. She holds another record: in 1996, she was also the first Italian ever to receive three Michelin stars.
The award will be presented in London on April 29, during the ceremony of the World's 50 Best Restaurants 2013, organised by the British magazine Restaurant and supported by Acqua Panna-San Pellegrino.