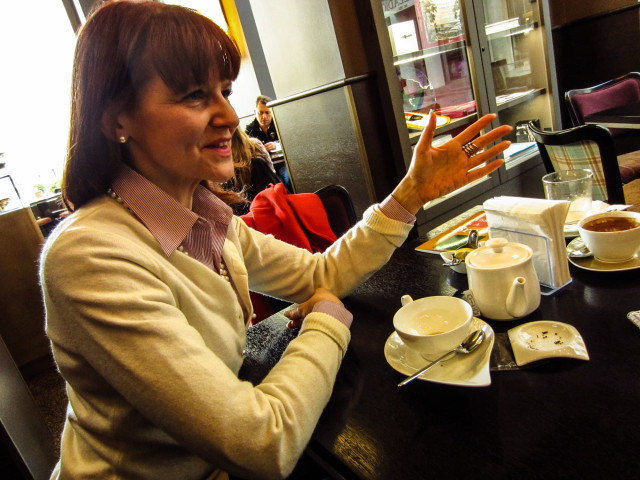 Tell the story of people’s lives and you often discover a bold line on which can be identified a succession of points. That is hardly the case with Rossella Bisazza. Point figures, but not in the sense you might suspect.

Born into the premier family of Italian glass mosaic-making, Bisazza did not initially join the family business which was founded by her father Renato Bisazza in 1956. At the business’ inception, Renato was busily engaged with automating the process of traditionally artisanal manufacture, as he worked to transform the perception of mosaic from a commodity into a wider recognized medium for decoration. By the 1980s he had brought Alessandro Mendini into the company as Design Director, opening the door to stylistic innovation and the commissioning of work by notable names from the exploding universe of Italian design. Mendini himself said, “with a single tile you can cover the world.” More succinctly, mosaic was no longer limited to exterior applications. Renato’s vision helped to remind the world of the medium’s classic splendor, and as a result, he dramatically grew the firm’s business and international profile.

Rossella Bisazza chose to follow her own passion for ballet. She danced for 12 years as a member of the company at La Scala. During her days in this glamorous profession she traveled widely, and encountered the best and the brightest in the world of performing arts.
Her brother Piero took over leadership of the company in 2000, and initiated the next generation of the business’ evolution, a migration to the luxury category. The company expanded its international exposure and opened what they refer to as “Flagship Stores”, a term generally used by luxury consumer brands. Heroic installations were commissioned to show the possibilities of the product, highlighting mosaic’s versatility, and referencing its ancient and noble past. The ongoing creative involvement of the design community helped elevate the brand perception. Piero’s work changed the focus, direction and image of the company, turning it into an inspirational brand. 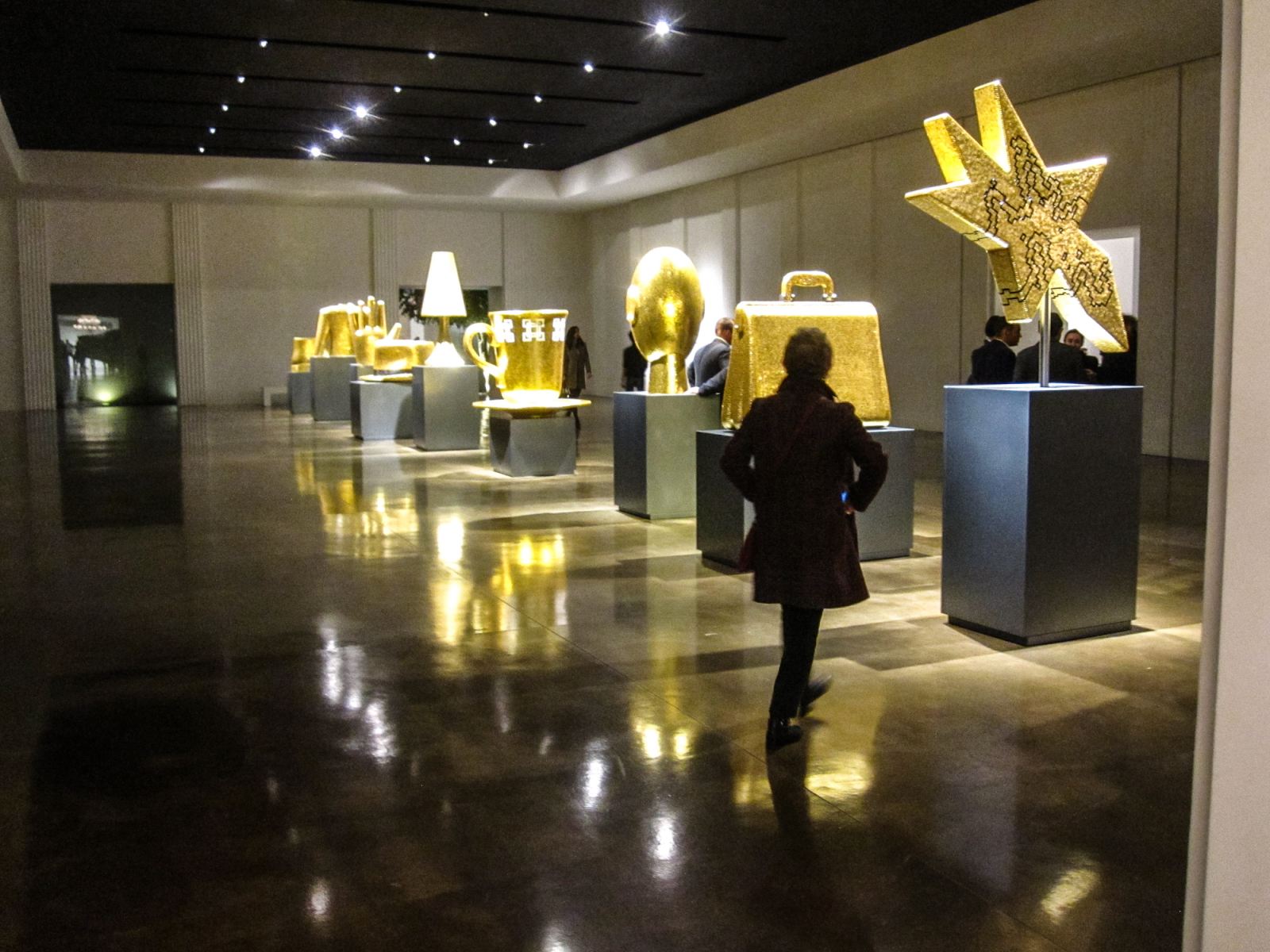 In 2002 Rossella hung up her point shoes and joined Bisazza as Director of Communications, a position she retains to this day. In her role as official ambassador of the company she helps to develop brand awareness, reaches out to the world, introduces new collections annually, presents new products and patterns. The company’s collaboration with international designers continues, and Rossella keeps a busy schedule, regularly moving from Asia to Europe to the Americas. She keeps a pied à terre in Paris and resides in Milan. “It’s a privilege of my job to travel, to meet people,” she says. She likes her changing schedule, and to travel abroad. “Not everyone has this privilege. I’m proud of what my father created, and now to be working at the same level.”
She turns the conversation back to Bisazza Mosaica, who for years had assembled their own corporate collection. “We had a lot of art, which nobody could see.” Rossella says. “The first idea was to found a museum.” But the family had another strategy. By 2010 discussions had resumed on establishing a foundation, its purpose to display objects from the permanent collection, and mount temporary installations, bringing together art pieces with mosaics. The foundation would host exhibitions twice a year in collaboration with major institutions. “It was time to do it,” Rossella says. The Executive Directorship was offered to Maria Cristina Didero, who had been Director of the Vitra museum. Didero accepted, and history began anew.

To much acclaim and high-profile attention, Fondazione Bisazza opened its doors in June 2012. With 7000 square meters of spectacular architectural space regenerated from the original Bisazza factory, the facility can be called a destination in itself. “But we are not lucky with location,” Rossella remarks. In reality, the foundation is quite convenient to Venice, Verona or Vicenza, and can be easily reached. Groups arrive in luxury buses to visit the huge installations, and traffic will grow with visibility. The Fondazione’s next exhibit should speed the process, a career retrospective of Richard Meier, featuring objects, models and drawings from the architect’s own archives, the only such show scheduled in Europe for 2013, filled with items never before seen by the public. It is bound to attract the architectural cognoscenti. The show runs May 17-July 28.
“The idea of perfection drives my life,” Rossella remarks. “The possibility of having two jobs in one lifetime- what a privilege.” And yet, there are two other passions to consider, both concerning fans. The first is a collection of antique fans lovingly assembled over the years, and the second is AC Milan. A lifelong football fan, Renato Bisazza instilled in his daughter a love for the home team. To this day she has a season ticket and sometimes can be seen riding public transportation to the local games.

From the stage of La Scala to the flagship stores of Milan and Paris, to the mosaic workshops of Ahmedabad India, to the San Siro Stadium, and finally to the heroic spaces of the Fondazione Bisazza, she lives with a passion.
So you can’t reduce Rossella Bisazza’s life to points on a line. Her life is certainly more like a mosaic. 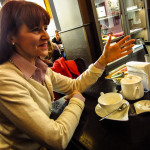 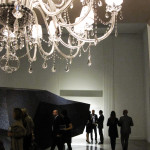 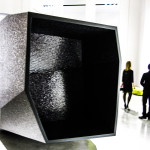 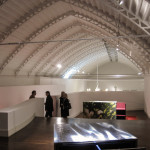