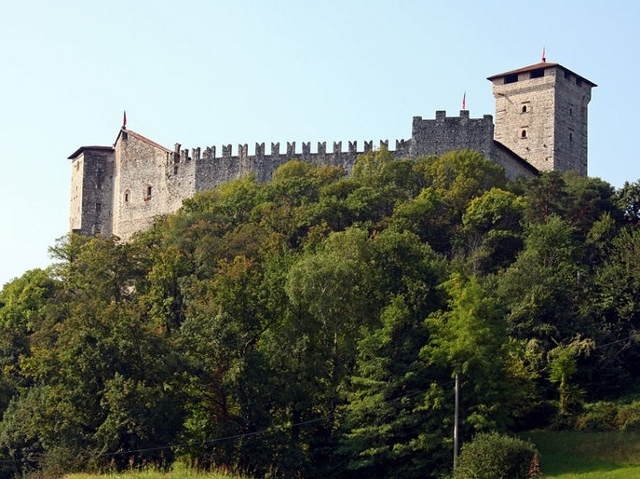 There are cities and regions of Italy whose beauty is revealed only to the most curious of travellers, those willing to branch out from the standard tourist spots and discover the true character of an area.

If you feel you belong to this special group of explorers and you’ve already experienced the glamorous atmosphere of Milan, you mustn’t miss out on a trip to the lakes of northern Lombardy. See which one entices you most: Lake Iseo, Lake Garda, Lake Como… My personal choice is Lake Maggiore, a pool of water overlooked by the famous Borromean Islands and where I have Sunday picnics with the family.

When I was little, during the summer we always visited the wonderful Borromeo Castle, in the province of Varese. The castle is built on a rock spur on the southern side of the lake and towers majestically over the landscape for miles around. Being a strategic spot for controlling commercial traffic to and from Milan, the history of Borromeo Castle epitomises the entire glorious past of the capital of Lombardy. Construction of the castle began in 1100 and it was continually extended up until the beginning of the seventeenth century at the behest of its two noble owners: the Visconti family and the Borromeo family, who bought the castle in 1449 and are still the present owners.

On arriving at the main entrance of the castle, you’ll be faced with a stunning landscape: the sturdy defensive walls embrace the fortress and its garden, reflecting off the waters of Lake Maggiore, which is in turn surrounded and protected by the peaks of the Alps.

Inside the castle, there are many rare treasures to be admired. For example, the historic rooms with frescos by the painters of the Lombard School are valuable materials for medieval history enthusiasts. Of these, the Court of Justice is perhaps the most interesting room, with its cycle of thirteenth-century frescoes signed by the “Master of Angera”, depicting the feats of Archbishop Ottone Visconti, who emerged victorious from the Battle of Desio in 1227. Whereas the Mythology Room has recently exhibited of an extremely rare collection of 300 tiles from around the world, including China and Persia. What’s more, the glories of medieval Lombardy also come alive outside, where a medieval garden has been brought back to life over the past few years, thanks to extensive and meticulous research on ancient botany methods.

As a child, after running eagerly around the castle walls, what fascinated me the most however was the Doll and Toy Museum, founded in 1988 by Princess Bona Borromeo Arese. It is one of the most important and comprehensive toy museums in Europe, with over a thousand unique pieces, a number which is expanding every year with valuable acquisitions made through careful research. Each toy exhibited in the museum’s twelve rooms is a unique testimony to the fashions and customs of the rich European bourgeoisie between the nineteenth and twentieth centuries. Whatever your age, you’ll be captivated by these objects of exceptional quality and extraordinary craftsmanship, as you admire secret treasures that will take you back in time to the era of the café chantants and the elegant women painted by Monet, Renoir and Matisse.

Growing up, I discovered that the toys I was most fond of as a child are actually the rarest pieces in the museum, such as the French bisque dolls made in the late nineteenth century by the famous master craftsman Léon Calimer Bru, or the pouting Lenci cloth dolls. What’s more, you’ll find dolls houses decorated down to finest detail, wax, papier-mâché and wooden dolls, Barbie dolls from the early fifties and an incredible “Shirley Temple” doll complete with all its accessories, clothes and stuffed animals, that as a child I would admire for hours.

The stables and three rooms on the first floor are also home to two sections each on a single theme; one is dedicated to toys from the rest of the world (be sure to stop to admire the quality of the clothes and accessories of the Japanese dolls), the other is devoted to the collections of French and German robots manufactured between 1870 and 1920, a gift from the Petit Musée du Costume of Tours. If none of these pieces appeal to you, you can always sit in one of the rooms and take in the view from one of the castle’s many windows and embrasures.

We’ll end this short tour of the lesser-known side of Lombardy with a few directions. After all, every journey starts with a map, right?

You can reach Borromeo Castle from Milan by car along the lakes highway, following the road towards Angera, or by train on the Milano – Simplon line. The Museum of Dolls and Toys is open every day from 9 am to 5.30 pm, from March to October. The adult ticket price is €8.50, while for children the price is reduced to €5.

Like every self-respecting lover of beauty, I often seek to get a grasp of the underlying principles of a culture and its traditions. So, if you love Milan’s philosophy of “knowledge and know-how”, if you adore its design and look forward to Milan Fashion Week every year, then take the first chance you get and set off in pursuit of the origins of the Milanese culture in this little gem amid the lakes of Lombardi.

Giulia Zanoletti is a freelance journalist; she has lived in Milan and Rome writing on film, theatre and opera. With a passion for guerilla marketing, she loves Italian culture, French cinema and English irony.

Concierge tip:
After an enjoyable day out with all the family, continue the fun at your hotel with the Family Treat Package which includes a 50% discount on a second room, homemade cakes or fruit, discounted babysitting, gifts and other benefits. 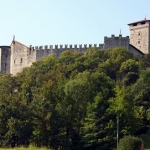 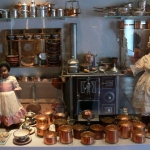 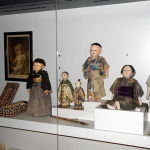 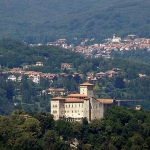 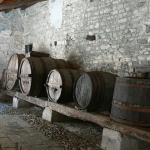