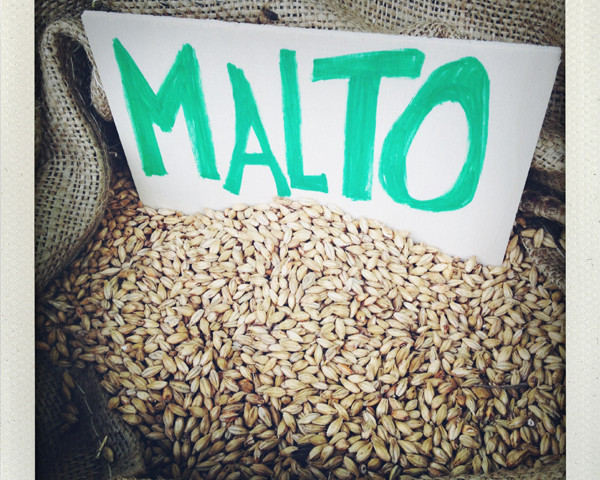 Until a decade ago, beer drinking in Italy was considered "foreign"; despite its production in Italy, those from the rest of Europe and the United States were considered the best beers. In recent years, however, there has been a continuous flourishing of very small craft beer producers that have won over the consumer with creativity and passion and have relaunched the consumption of a quality product, more often than not at zero miles given the limited production.
I had fun collecting the advice and reports of some food bloggers and enthusiasts.

Federico Aureli
Food blogger for  www.uncuocopercasa.it, a Roman who loves challenges and who often wins them. He is passionate about the cuisine of his territory and music.
He talks about love at first sip for Birra Reale (Royal Beer) of Birra del Borgo.The brewery tells the story of its land and how its beer has a pleasantly peppery taste.

Birra del Borgo in Borgorose, a small village in the province of Rieti, on the border between Lazio and Abruzzo in the nature reserve of Monti della Duchessa. The story of Leonardo di Vincenzo, an enthusiast who has travelled the length and breadth of Europe to learn the art of master brewers. He often collaborates with Teo Musso of Baladin, and together they arrived in Rome with Open Baladin, not far from Campo de 'Fiori, a real "Home of Beer", and in New York with Birreria, the brewpub on the top floor of Eataly NY, in the heart of Manhattan.

Luca Sessa
Roman food blogger of the http://perunpugnodicapperi.blogspot.it blog, a lover of cooking and especially cakes, tells us about the time he was in Chieri, where he particularly enjoyed "Spaceman" made by the Brewfist brewery, with its citrus aftertaste. But he also loved Nora produced by the famous Baladin brewery.
Teo Musso, Baladin’s founder, is keen to mention the distillate that he believes is fantastic.

Giulia Scarpaleggia
Tuscan food writer and food blogger, she dedicates herself to cooking classes for Italians and foreigners in her beautiful land between Florence and Siena.
She says she has little experience of beers, but really likes BK nel Salco, produced by the Olmaia brewery of the Val d'Orcia and aged in barrels of Salco of Salcheto in Montepulciano, and then re-fermented in the bottle. She writes of the pleasant aftertaste of red fruits.

Jacopo Cossater
Perugian blogger of the http://www.enoicheillusioni.com blog, he admits that in the last weeks of Perugia Beer he was unable to go without the Golden Ale in particular, and has always had a weakness for beautiful stories.

Benedetta Jasmine Guetta
Food blogger from Milan, she claims of not knowing enough about beer, but follows Jacopo along the path of beautiful stories and cites 961 Beer.
Their classic 961 lager is said to be a perfect match for Middle Eastern foods such as falafel, hummus and others.

Giada Ballegotti
In summer, Giada, a Lombard food blogger, loves pale beers, and points to Baladin’s Isaac with its citrusy aftertaste, which gives her a real sense of freshness.

Giulia Mentore and Alberto
Milanese food bloggers, fully support Giada’s choice, as does Stefania Corrado, who says that she adores pale beers because she finds them delicate and fragrant. I think they are very feminine, as the Franciacorta Saten can be described. 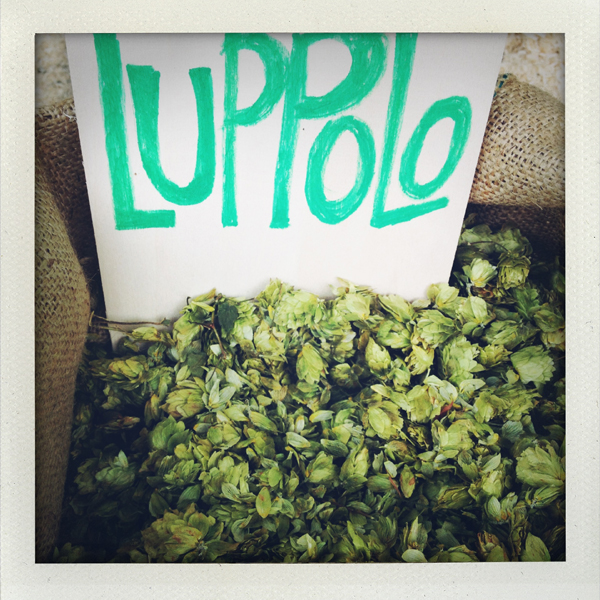 Alessia Bianchi
Food blogger from Como, she is a great lover of craft beer, and offers me a great list:
Birrificio Italiana’s Bibock, because it is amber in the traditional style, rich and balanced with fruity, citrus notes of malt balanced by the hops.
Artigianale from BiDu, because even if not pale it is not dark but amber in Premium Bitter style, elegant and balanced, with hints of caramel and toffee contrasted by citrus and hops.
Rimini’s Amarcord, the Special Reserve by Tonino Guerra, because it is refreshing and perfect for the summer.
3mezzina of AquaDulza by the Como brewery, because it is a good craft beer, drinkable, with no added preservatives, straw yellow in colour, fine persistent foam, slightly veiled and with a light body. The aroma is of wildflower honey, fresh hay, slightly fruity and spicy. A delicate and refreshing beer to drink in company and throughout the meal and excellent together with fish from the lake. From the same brewery, Via Regia, because it is not bitter, it has no added preservatives and with a very special ingredient used as a perfume: mulberry. Via Regia has a fine persistent cream-coloured foam, medium-bodied and drinkable. The aroma is of wildflower honey, fresh hay, slightly fruity and citrusy. Leaves the mouth clean and dry.
Rebelde of Orso Verde is a Strong Amber Ale obtained by mixing Belgian malts and American hops. The result is an amber beer with a very persistent foam and not bitter, therefore I prefer it to many others.

Annamaria Simonini
In the name of Italian production, a blogger who votes for two Roman breweries: Birra Roma, and the 'Na biretta brewery.

Sara Milletti
Food blogger who arrived in Milan recently, with beautiful Maremma origins, recommends the Amiata brewery, relatively young, with high quality beers that are not to be taken for granted, including the good Zancona and mentions the chestnut-flavoured beers.

Claudia Minella
A Sicilian food blogger based in Milan for work and love, she is very fond of pale beers, particularly those from Germany, but believes that the craft producers are particularly interesting.
She recommends Ambrosia from the "Toccalmatto" brewery in Fidenza (PR). It is particularly delicate and fragrant, because as Claudia explains, during the boiling phase, elderflower, jasmine and heather are added.
I think it's the perfect beer for the summer because it goes well with fish dishes and is in any case fresh and delicate.

Emanuele Bonati and Christian
Food bloggers who confirm their preference for the historical brewery of Milan's Lambrate district for sentimental reasons, and because they are good! But they say that they have also tested and approved beers from the Livorno brewery (find their comments here).

Valentina Barone
A Piedmont food blogger who lives in the wonderful Langhe, she really likes Biancaneive, the pale beer of the Cita Biunda Neive brewery, a few miles from her home. She describes it as having citrus and bergamot aftertaste, which is perfect for summer because it is extra-refreshing. For the winter, she identifies Serpica, also from the Cita Biunda Neive brewery, which is reminiscent of Baladin’s Super of the early days; in fact, the master brewer worked with Teo Musso and the legacy is recognisable!

Elisabetta Ferrari
Freelancer and blogger, she confesses to a relatively recent passion for Enkir beer, the cereal beer that the guys at Mulino Marino are relaunching and that the Birra del Borgo brewery (already mentioned by Federico Aureli) uses to produce a great beer.

Francesca Gonzales
An Emilian food blogger and television presenter who lives in Turin, she tells us of a small brewery called Stadora, a small production by a farm that in recent years has become interested in the cultivation of hops to obtain a beer with a strong flavour that is a very pleasing aperitif with fried dumplings and cold cuts.

Sandra Salerno
The noted food blogger from Turin reports the Birrificio Grado Plato in Chieri. Excellent and at zero miles.

Marta Tovaglieri
It’s all been said …I can only tell you that I vote for Baladin also, in particular I like the Isaac that I find fresh and light and perfect for those sultry evenings.

Singerfood
Food bloggers Francesca and Pietro, who are adopted Milanese. With ironic parochial spirit, they indicate three craft breweries from their homeland, Puglia,:
www.birrozza.it and www.birrificiob94.it of Lecce
www.birrificiosvevo.net of Modugno, Bari
www.birranova.it Triggianello (BA)
These are confirmation of the small companies created by very "brave" young people.

Carlo Vischi
Lover of craft beer, event organiser, creator of food publishing projects and ever present on Twitter, he highlights two craft breweries from Campania: Karma at Alvignano, in the province of Caserta and the Sorrento brewery in Sorrento; and one from Piedmont: Xanthe of Pinerolo.

I, myself, have added a brewery that has particularly struck me because of its history and the rich taste of its beers. Theresianer has an average production with the quality of a craft brewery of Treviso. 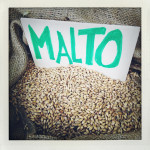 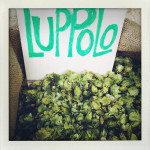