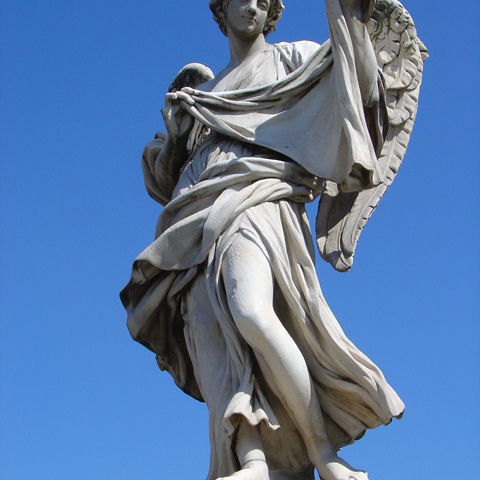 Undoubtedly one of my favorite cities in the world is the eternal city of Rome. Not only can you travel back in time to the age of the Roman Empire, you can retrace the footsteps of man for the last 2,000 years from the empire's fall through the Middle Ages, through the Renaissance through present day. It truly is the "Eternal City" for it's a living time capsule preserving forever the last 2,000 years of life in the birthplace of western civilization. Throughout the city, you'll find ancient ruins and artifacts, magnificent architecture and some of the finest art the world has ever seen. Actually, some of my most unforgettable moments in all my travels were at the Vatican in Rome—moments that moved me profoundly and transported me to a state of euphoria! I'll never forget the first time seeing the Sistine Chapel and the Roman Colosseum.

With all there is to experience, what's a first-time visitor to Rome to do? Rome wasn't built in a day and you shouldn't try to see it all in day either but with careful planning, you can visit the most popular sights first and then if time allows, seek out those off-the-beaten places that are so often overlooked on many a Roman itinerary. Follow me through the Eternal City and I'll introduce to some of the best that Rome has to offer—we'll explore ancient ruins, hidden treasures and revel in the infinite and enduring collections of art and architecture throughout the city.

Vatican
First and foremost, plan your visit to the Vatican but not on your first day. You'll want to make sure you have ample time to see the colossal and yet striking Saint Peter's Basilica, the exquisite frescoes of Michelangelo's Sistine Chapel, and of course 2,000 years of art inside the Vatican Museum. If this is your first visit to Rome, I strongly urge you to hire a tour guide. Not only will you move to the front of the lines, you'll gain fascinating insight into the history and progression of the arts over the last two millennia. While you'll want to capture everything on film, photography is forbidden in the Sistine Chapel so don't bother taking out your cameras. Save it for the museum.

The Colosseum and Roman Forum
Standing testament to a time 2,000 years ago when Rome held the world within its grasp—the Roman Forum offers us a glimpse back through time to when all roads led to Rome, back to THIS was center of all modern civilization. From the Roman Colosseum to Capitoline Hill, you'll walk along Via Sacre or the Sacred Way just as the ancient Romans did, and discover relics and ruins dating back to Caesar, Nero and Constantine. Next door, a colossal structure rises from the plain, the Roman Colosseum. Opening in A.D. 80, the Colosseum is an engineering marvel and living proof of Roman tenacity and architectural prowess. This must-see site captures the imagination and one can’t help but be awe-struck by its sheer size and the fact that it's been standing for more than 2,000 years.

While the Colosseum has an audio guide to escort you through this ancient wonder, I suggest a tour guide once again for this and especially the Roman Forum so you can fully appreciate the artifacts. Or, purchase a combo ticket online for entrance to both.

Piazza Navona
One of my favorite places to go in the city is the Piazza Navona—a sea of humanity ebbing and flowing upon the ground where once Romans gathered to watch the chariot races. Head to the center to find Bernini's "Fountain of the Four Rivers" and behold as Triton commands the rivers of paradise: Africa's Nile, Asia's Ganges, Europe's Danube and America's Rio de la Plata. Gaze high atop the Egyptian obelisk at the center of fountain and you'll find the dove of the Holy Spirit. Don't be tempted to indulge in one of the cafés along the perimeter because you'll pay a hefty price for mediocre fare. Instead, visit in the late afternoon and have a cup of coffee.

Holy Stairs and San Giovanni
On my second visit to Rome, I sought out the hidden treasures of the city and
ventured east to San Giovanni, the first Christian basilica built in the world and the original Papal seat until the 15th century; and the nearby Scala Santa or the "Holy Stairs" where every year, thousands of Christians make their pilgrimage to this stairway sanctified by Jesus Christ during the Passion when they were originally located in Pontius Pilate’s palace.

Trevi Fountain
Within the labyrinthine streets of Rome, lies the Fontana di Trevi or Trevi Fountain. Designed by Florentine Nicola Salvi and completed in 1762, this 250-year-old fountain was originally commissioned to Bernini but later canceled when the reigning Pope died. More often than not, it's completely overrun with tourists, and that's putting it mildly but nonetheless, it's worth a trip if only to toss a coin into the fountain to guarantee your return to Rome one day!

One last tour that deserves an honorable mention and provides a brilliant introduction to Rome is the "Angels and Demons" tour, especially if you're a fan of Dan Brown's highly acclaimed novel! You'll follow the "Path of Illumination" through Rome’s most famous landmarks as you retrace Robert Langdon's footsteps as he sets out to rescue the cardinals and save the Vatican from impending doom. Not only is this a great way to familiarize yourself with the lay of the land, it’s quite the fun-filled adventure through the eternal city and it takes to you most of the places above and more including Castel Sant'Angelo and the Pantheon. Your guide? Well, angels and demons of course!

I have barely scratched the surface of all that there is to see and do in the Eternal City of Rome but at least you have a starting place. In light of all that I have mentioned, remember to seek out experiences with the people of Rome. Sit and talk or eat with them and let them introduce you to the city in a way you never thought possible! Reach out and strike up a conversation, you know never know where it may lead. Arrivederci!

Jeff Titelius is a freelance travel writer. His online travel journal EuroTravelogue is filled with the chronicles of wondrous journeys and magical photography of the places he has traveled and the roads along the way. Follow him on Twitter.

Regina Hotel Baglioni is located a few steps from the main attractions of Rome and is also home to the new Roman Penthouse Suite with its spectacular 360 degree views over the ancient city. 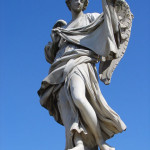 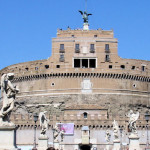 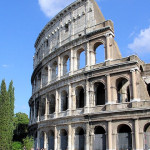 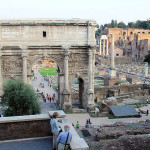 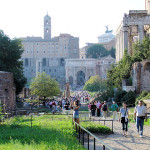 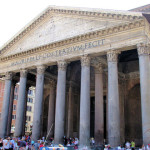 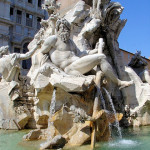 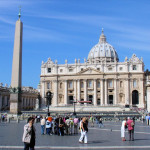 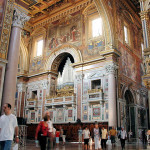 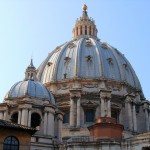