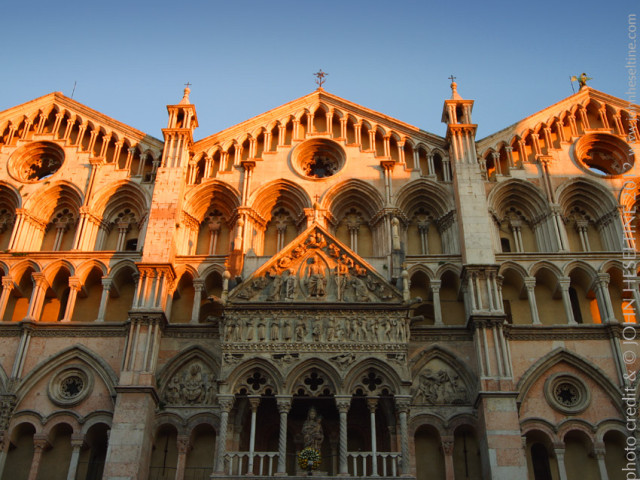 The flat rural landscape of Emilia Romagna is well known for its autumn mist as damp, cool air rises from the muddy banks of the Po River and creeps across the low lying fields. As daylight fades the dark fog seems to suck the light and sound out of the air. It was on just such an evening that I approached Ferrara, inching my right-hand drive car along the foggy road from Mantua, totally blind to the twists and turns of the road. Once in town, a few shadowy figures bundled up in heavy coats moved in the eery yellow light of streetlamps and shop windows weakly projecting through the misty gloom and it was with great relief I found my hotel and installed myself in its comfortable restaurant.
As I ordered my meal and tasted the local wine, I dipped into my guidebook which told me that, just like the atmosphere outside, the historical origins of Ferrara are also shrouded in mist and mystery. However, it took its more modern form when the Este family established themselves as the dominant power having been assisted by the Venetian Guelph family during their famous rivalry with the Ghibellines.

The Este family did little to improve the lot of the average citizen but they lavished extensive attention on their castles and palaces and were patrons of some of the finest painters, writers and musicians in Italy. Despite long-standing disputes with the papacy they ruled Ferrara from the early 13th century until 1597 when, in the absence of an heir, they were finally forced to cede the city to the Pope. 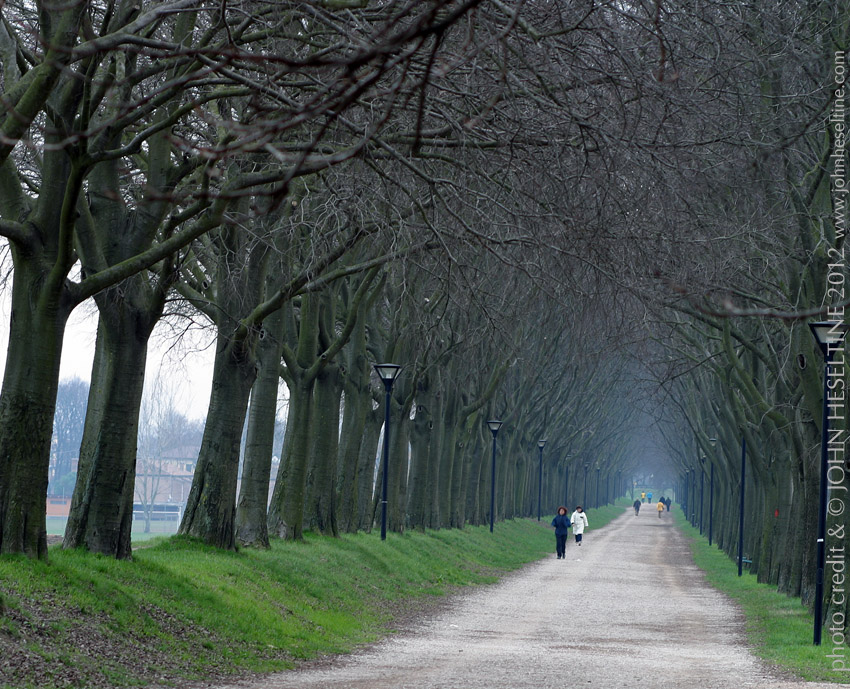 The city itself is still enclosed within a nine kilometre girdle of beautiful red brick defensive walls while the heart is dominated by another fortified structure, the imposing bulk of the moated Castello Estense containing endless impressively elegant rooms as well as oppressively dingy prisons. Just along the Corso Martiri is another striking building: the Romanesque-Gothic cathedral which was begun in 1135 and is regarded as having one of the finest facades in the whole country. Alongside is the Piazza Trento e Trieste with its beautiful arcaded shops, while opposite the cathedral stands the grand portico leading into the equally impressive Palazzo Communale. Around these principal monuments lie some wonderful smaller streets containing more impressive buildings as well as seductive shops. There are also reminders that this was once one of the largest Jewish settlements in Europe and the Jewish cemetery on the northeast edge of town testifies to the tragic destruction of this community, a story recounted in the famous book the Garden of the Finzi Continis by Giorgio Bassani who was himself laid to rest here. 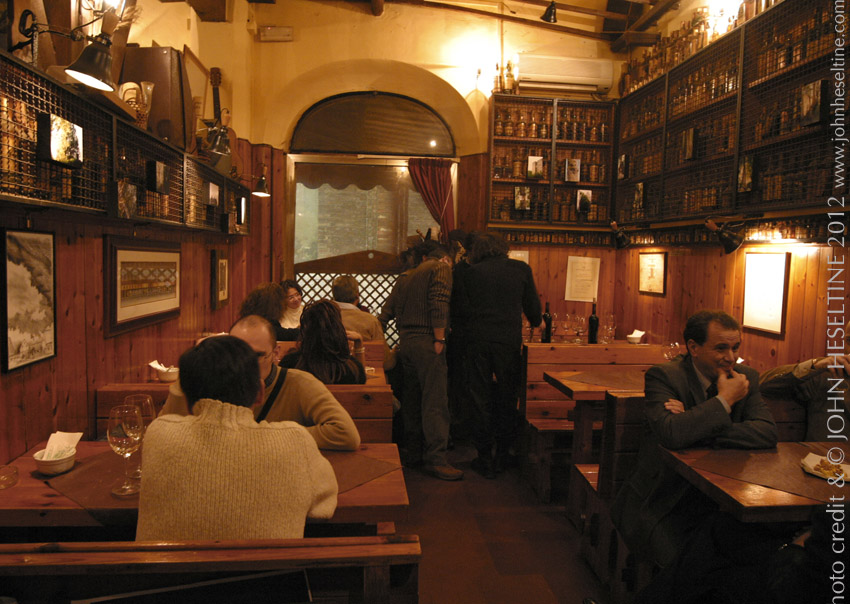 All over Emilia Romagna food and wine is taken very seriously and Ferrara is certainly no exception. One place you will not want to miss is Al Brindisi, reputed to be the oldest osteria in Italy and once host to clients as remarkable as Benevenuto Cellini, the painter Titian and the poet Tasso. These days the clientele is relatively youthful and the place is full of atmosphere and also brimming with bottles of wine from all over the world. Back on the street and everywhere around you are people of all ages on bicycles, supposedly 160,000 in a town with a population of 135,000 ! Another thing the visitor notices is the friendliness of the people, the beauty of not only the buildings but also the women, the absence of graffiti and the sense of ease and well-being that has settled on this comfortable place, surely one of the most beautiful town in Italy. 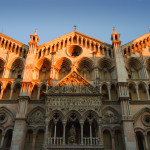 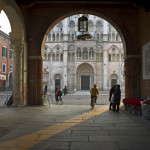 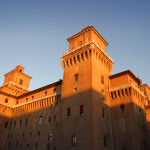 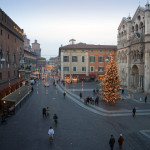 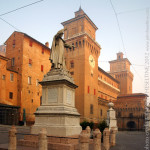 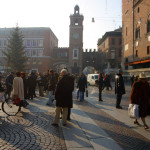 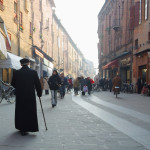 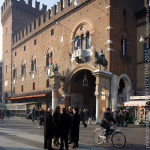