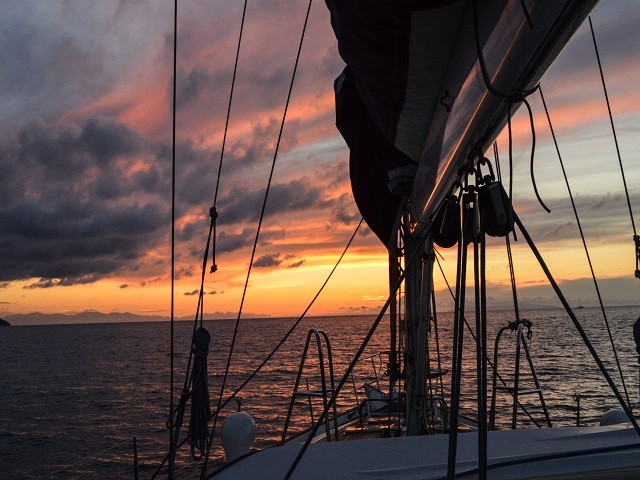 Somewhere midway in the white-capped channel between Punta Ala, Italy and Elba it occurs to me that I am about to duplicate the steps which Napoleon Bonaparte took 200 years ago when he sailed into the tiny port of Portoferraio on the north shore of the celebrated island.

Of course my sojourn will not be as long or ambitious as that of Napoleon, who spent almost a year of compulsive activity, building a road system, raising defenses, draining marshes, renovating palaces, plotting his escape and putting down a miners’ uprising which he caused after levying taxes on the poor fellows. A year later he left town, bound for Paris, eventual defeat at Waterloo, and final exile on the isle of St. Helena, where I won’t be going.  Despite the sad end to his story, people here still gratefully remember Bonaparte, in fact a mass has been said for him daily in local churches for the two centuries since he departed. I doubt that a mass will be said for me, as I plan to limit my activity to strolling ancient lanes, swimming in deserted coves, drinking a lot of coffee at open air cafes and painting watercolours. I will sleep aboard a private luxury yacht, anchored in a nearby cove, and in a few days’ time will return to the Italian mainland, where my journey ends.

But I am getting ahead of my tale. What has brought me here is the last leg of an extraordinary Italian odyssey which began in Venezia a week earlier, under a new customizable guest program which Baglioni Group has launched called Land & Sea Experience. These days the luxury traveler wants more, much more, than in the old days when a room was enough. And now towards the completion of my own bespoke tour I have experienced three first class resorts and finished with a cruise on my own private yacht. Leisure travel has definitely grown up, allowing deeper immersion into individual cities with luxury sailing added to the mix.

First stop was Venice, and a night in the newly renovated San Giorgio Terrace Suite at the Luna Hotel Baglioni, located just off Piazza San Marco. The 2-bedroom terrace suite with its heroic black-and-white-marble bath is decorated with Flemish masters, mirror and silk wallcoverings. It features astounding views of the Venetian lagoon. It even has its own ultramodern kitchen. Venturing far beyond the usual guidebook attractions, chief concierge Pierluigi Santini suggested an excursion to the island of Torcello to visit the oldest church in Venice, where the city was founded; a day trip to Aqulieia, with its magnificent ruins and splendid Roman mosaics; private outings to the islands of Murano to see the legendary glassworks; and Burano to discover colorful fisherman’s homes. And a customized meal created just for me by Chef Cosimo at the recently refurbished Canova restaurant. Guess which one I chose.

The next point on the itinerary meant nights at the Relais Santa Croce in Firenze. The opulent and spacious De Pepi Presidential Suite, with its frescoed ceilings and vast parquet floors nestled in its own private wing of the property, which has only 22 rooms. GM Daniele Carta pointed out the many different leathers featured in the Relais’ décor, and recommended private tours to glovemakers, bagmakers, shoemakers and bespoke perfumers and jewelers. The property can arrange concerts in its vaulted Music Room where piano, harp and soprano serenade gala private dinners, accompanying culinary extravaganzas staged by the expert hand of chef Fabrizio Innocenti. Florence pulses with energy, art, and history and the Relais Santa Croce sits at the hub of it all.

From Florence I opted for a comfortable First Class train ride-an easy 3 hours, descending through the hills of Chianti, along the Tuscan plains, down to Grosseto on the Tyrrhenian Sea. There at the train station a discreet black Mercedes sedan awaited me, and whisked me to Punta Ala, only 32 km away, site of Baglioni’s first hotel, Cala del Porto, which opened in 1974.

Situated on a promontory above the port and set among Maremma pines, the resort of 37 light-filled rooms and suites faces the marina and the islands of the Tuscan archipelago. The room positively glows, accenting the natural wood tones and terra cotta tiles. The on-site Belvedere Restaurant upholds a standard of impeccable service and culinary excellence. I’m tempted to spend my entire stay on Cala del Porto’s pool terrace and alternate between margaritas, my trashy bestseller and the hot tub, were it not for the water’s edge only 20 minutes’ walk away.

To get there you take a wooded footpath down the hill, past wildflowers and the occasional inquisitive lizard, paralleling the shore, to the calming sounds of water lapping over the rocks, unfettered, unencumbered, untroubled. In the distance, the medieval Torre Hidalgo peers out from the leafy green point at the south end of the bay. Baglioni Resort Alleluja, an option for discreet long-or-short-term lodgings hidden among the trees, has 25 apartment-style dwellings with resort amenities, located across from polo grounds. Just above the trail, a world class golf course meanders to the sea, while below you can stroll a private strand reserved for guests and residents. It’s midway along that beach that you discover La Spiaggia, a breezy oasis of comfortable open air dining at the edge of the sand, with a dramatic view of Elba, Capraia and Cerboli. It’s the perfect setting to enjoy a glass of 2013 Sangiovese Ornellaia from Bolgheri which pairs perfectly with your seafood salad, served in a fanciful hand-painted bowl.

After a short walk to the north, a surprise awaits visitors to Punta Ala this season: Baglioni reopens La Vela, a classic architectural monument on the beach. Originally a disco constructed in 1965, this all-new 160-seat restaurant has two bars, a fitness center, the only spa on the Punta Ala beach, and what GM Luigi Magnani affectionately calls “a soft club” for evening. The imaginative regeneration of the theme building features many arcs and curves rendered in canvas, concrete and mosaic, carrying forward the nautical motif, though you may find the graceful organic shape of the futuristic roofline reminiscent of an Etruscan helmet. After all, this area’s historic excavations date back to Paleolithic times. Sites of iron mines established by the Romans can still be found on the island of Elba, where we are next bound.

Thus our land adventure completes, and the sea experience beckons. Let us return to the moment when we began our tale, on the deck of the 16m yacht Cochiel, headed for Elba under favorable winds. I am now another being, a human gone to total relaxation, an organism rocked by the gentle sway of the waves, burnished by the sun, creature of the breeze. Though my needs are elemental, they are all served. Delicious snacks and crisp wines appear before me on deck, the Captain and First Mate keep our trusty boat on course, and my only compulsion is to list the multitude of hues which the sea can be called: azure, aqua, turquoise, ultramarine, cerulean, cobalt, indigo, lapis. I take out my watercolours and paint, the furling jib extended, Elba on the horizon. The movement of the clouds, the whoosh, the swish, the rush of the water along the hull. I have reached zen, elightenment, satori, and we have not yet struck land.

As I dream of Napoleon, Captain Luca points out our first destination, sails suddenly come down, and we gently motor into Portoferraio, with its tiny waterfront, heritage tower and venerable sea wall. As smoothly as a needle expertly threaded, the Captain eases Cochiel into its slip. Minutes later we are time-traveling through the lanes of a Romanesque city, stopping in a 16th century church, sipping strong espressos at a waterside table, dreaming of empire. Where most visitors arrive in cars on the huge ferries which dock at the opposite side of the harbor, we have arrived by sea in our own vessel, and soon we float away again, following the north shore. We pass rugged rock formations, classic lighthouses and mysterious pirate coves where Saracens once hid their plunder. We stop in a pristine bay, where our brave captain does not hesitate to jump into the bracing sea for a quick swim. A short cruise to another hidden cove, and we drop anchor for the night. A million stars shimmer down, and the Captain points out constellations: Ursa Major and Minor, the Pleiades, Casseopeia and the planet Mars a throbbing red point above our heads. Then dinner below in the main cabin, filet mignon expertly grilled, fresh zucchinis pan-fried, a bottle of Grand Cru Bordeaux. Sleep comes easily, rocking all night to the gentle swell.

Next morning, a cruise to the tiny port of Marciana, a walk on shore, and sampling a frate, the local donut which goes so well with yet another of those strong Italian coffees. A fisherman pulled up to the jetty offers us live crabs, catch of the day. Back on deck I take the time to watercolour a landscape of the far shore, including two hilltop villages which preside over the harbor. We cast off once more, racing the sunset for our final night’s anchorage. Another starry night, the Milky Way, moonlight on the waves.

The next morning I purge from my memory the notion that terra firma will soon return. I laze on deck inhaling the vigorous air perfumed by sea spray. I am bronzed and rested and ready to re-engage the dragon. And once we are back at the Punta Ala marina I set foot ashore, only to find the easy sway of the boat imprinted in my body’s memory- it will not leave me for days to follow.

Baglioni’s exclusive Land and Sea Experience can be customised according to your needs with sailing vessels and luxury amenities to suit all tastes. Combining stunning saltwater panoramas, a warm welcome in one or several Baglioni Hotels and specially-tailored sailing excursions, it offers the experience of a lifetime.

Stanley Moss is a brand guru, philosopher, global gypsy, writer, and artist whose new novel, The Hacker, was recently published in India. He’s CEO of a Stockholm-based think-tank on international branding, a faculty member at Verona’s Academia di Belle Arti Cignaroli, and Travel Editor for a New Zealand fashion magazine. Based in Vicenza, he thrives on food, conversation and multiple cups of Italian coffee.  Stanley writes for Lucire and also has his own blog.

Concierge tip: Create your very own unforgettable bespoke Land and Sea Experience like the one above by contacting vip@baglionihotels.com today.  The possibilities for crafting your own dream itinerary are limitless. 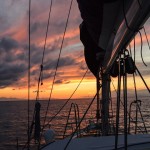 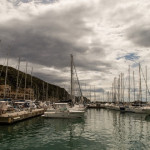 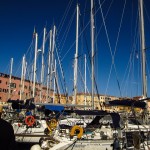 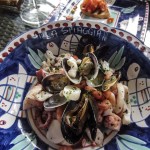 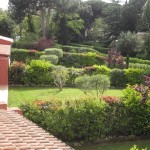 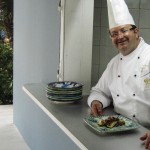 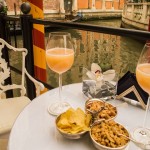 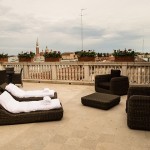 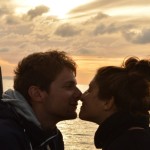 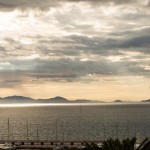 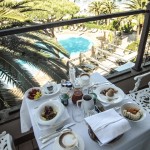 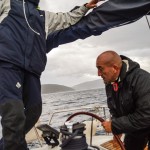 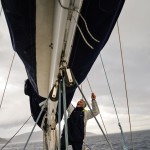