Eighteenth-century Venice saw the birth of the chocolate house, a cross between a shop and café, offering exotic drinks and products sold at the bar or served and consumed at tables. Chocolate houses were advertised on posters known as "stimulating bills" portraying the establishments and displaying their prices.

Venetian poet and writer Carlo Goldoni was the first to proclaim the spread of the delicious drink and praise its qualities and tantalising nature in his plays. He was also the first to write a comedy set in one such establishment: The Coffee Shop, 1750. Although this comedy is not about chocolate, the author had previously sung its praises in one of his earlier works: "Long live chocolate and he who invented it." (Goldoni, 1750).

Many nobles throughout Europe, and Venice in particular, took to patronising elegant public establishments to savour the new drinks from exotic countries – coffee, tea and chocolate – and read newspapers. One of the most popular of these was the still famous Caffè Florian.

Nowadays, chocolate is considered a panacea for the heart, lungs, nervous system and skin. Environmentalists even recommend its waste for the production of biodiesel. It has become an elixir for health and beauty, which is why the luxury and fashion industry could not ignore it. Versace places it on a par with Veuve Clicquot Demi-Sec Champagne.

Bulgari has also dedicated an area of the Bulgari Cafe in Tokyo's trendy Omotesando district to its pralines steeped in Italian flavours, such as orange, Sicilian pistachio nut and Alba truffle.

Stefania Matarrese is a freelance writer, traveller, dancer and citizen of the world with a passion for marketing and communication. See her favourite photos on Flickr.

Concierge tip: If you’re in Venice and want to try a chocolate-laced experience in a 5-star atmosphere that will take your breath away, come and taste Chef Giampaolo Cosimo’s three-chocolate cake with Williams pears, caramel and star anise sauce at Luna Hotel Baglioni. 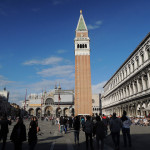 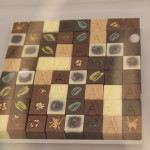 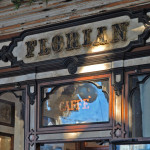 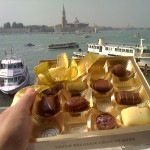