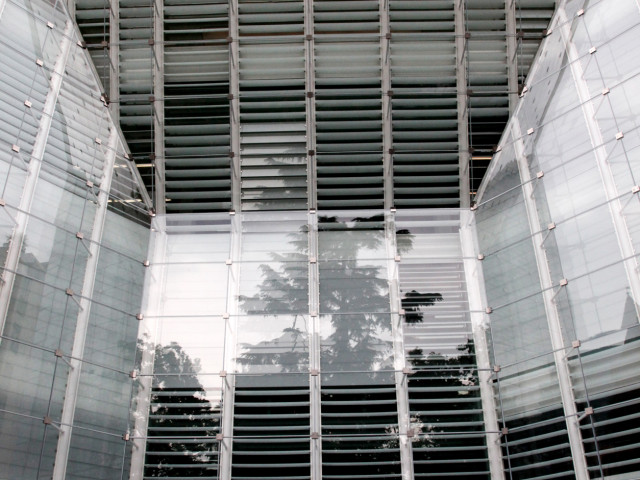 When I visited a couple weeks ago Bolzano someone said you really have to take a look at the  Museion, Museum of Contemporary Art in Bolzano. What struck me the most was the creative buzz you feel in the city.
Everywhere there are art projects, young people who discuss at the terrace in the old town till late at night. A very good vibe. When I visited the third floor of the museum, You will experience an incredible daylight and there you can admire the whole summer the exhibition " Polyethylene" of the polish artist Pawel Althamer.
On occasion of Pawel Althamer's solo show ,Museion will be literally invaded by around 70 entirely white human figures. These sculptures were created for the exhibition "Almech" at the Deutsche Guggenheim in Berlin: the venue was converted into a workshop for the duration of the show, temporarily relocating the artist's father company, Almech, which is based near Warsaw and produces plastic containers. The staff of the Deutsche Guggenheim, a fair number of people from the art world, but above all members of the public had the opportunity to take part in this collective creative project. The polish assistants of Pawel and his father travelled to Berlin to make plastic casts of participant's faces, which they then mounted on metal structures. The forms of the sculptures were then modeled using plastic to coat the metal structures, like a synthetic white flesh.
The result of this creative process, open to the public, takes the form of this crowd of pale sculptures: part zombies, part creatures from an unknown civilization.
A key part of Althamer's work is indeed based on breaking down the boundaries of an institution, or at least rendering them fluid, and this occasion will feature a continuation of the project " Common Task". This project saw a group of people from Brodno and friends of Pawel's, all dressed in gold clothing, travelling on a gold plane to Brasilia, Brussels, Oxford and Mali. On this occasion a gold bus will take the polish group to Bolzano and then to Munich. The sculpture project and performance will lead to the publication of the art first catalogue in an Italian institution. 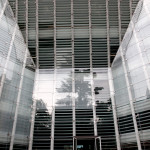 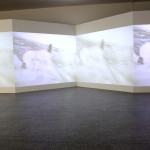 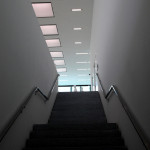 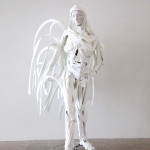 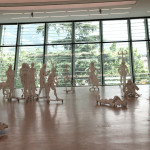 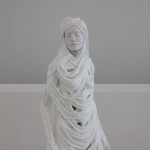