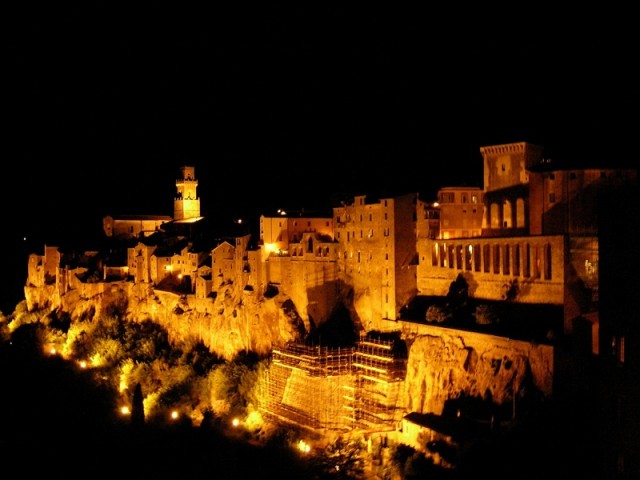 I'm not sure I want to tell you about Pitigliano. It's my secret.

People know about Florence or Siena or 'Chiantishire’ and even names like Monteroccatederighi are known to too many English-speaking tourists. But no one knows about Pitigliano and even if they do, they don't know how to get there, on a bus from Grosseto that meanders around the Maremma and up wooded slopes zigzagging and crossing sudden ravines till it arrives below a tall gate in a high wall and you have five seconds to get off before it continues its journey with a derisory puff of exhaust in your direction.

Pitigliano is a Medici fortress with walls that glow in the sunrise, a town that strides a long thin ridge of hill above a glittering river.  But it's also the New Jerusalem – or at least it was a little Tuscan Jerusalem as it was called and home to Tuscany's Jews, a lone bastion of tolerance in this part of Italy. The synagogue can still be visited, though I don't suppose they can muster a minyan any more as there aren't enough Jewish people left to hold a service.

But for me Pitigliano goes even further back; it was once an Etruscan city. Below Renaissance houses, Etruscan shafts – wells, or drainage, or ventilation ducts – now serve as wine cellars; on the outskirts, tiny niches like nestboxes held Etruscan burial urns. From the river shallows a green lane runs up through the forests; an Etruscan road, carved so deeply into the hillside that it makes its own microclimate and drifts of last year's leaves lie deep in the gully. Under the shadow of the trees it's cool, even in the heat of summer. Up on top of the plateau, the ruts of ancient carts are still clear, running across the heath to Sovana. In spring tiny flowers scatter a haze of pink and purple.

That was then. This is now. I sit in front of the hotel with a bottle of local wine, crisp and slightly acid, and a plate of wild boar dumplings. This is hunting country, a country of heath and forest, a long way from the urbane Tuscany of espresso and gelaterie, of frescoes and art galleries. Here happiness is a plate of well carved ham or a final glass of grappa before retiring to bed.

But as I said, I'm not going to tell you about Pitigliano. You'd only want to go there. And I'm not at all sure that I want to share it! If you do end up going though, there is a secret luxury hideaway nearby in the form of Baglioni Resort Alleluja within easy reach. 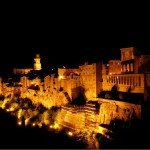 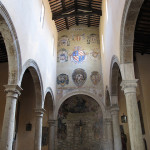 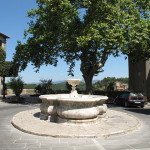 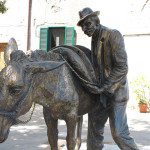