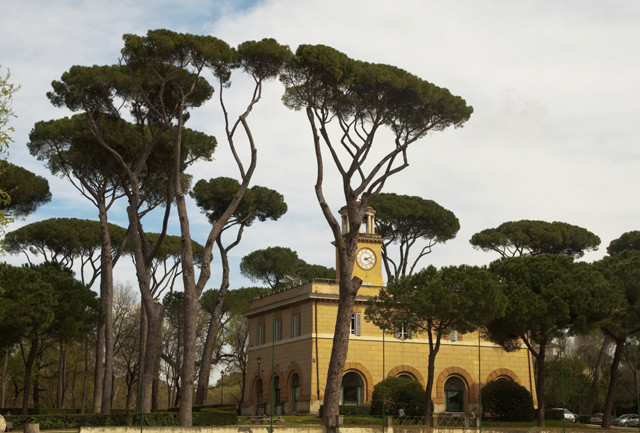 It might have been the sun getting warmer and the days getting longer that inspired me to draw up a list of magical places where you can get back in touch with nature and let yourself relax for a while, maybe in the company of a good book: historical parks and gardens with centuries-old plants and works of art.

The first is the Giardino di S.Alessio (Garden of Saint Alessio), which dates back to the nineteenth century. Here, pines and Mediterranean shrubs frame a magnificent view of the city. The garden is open from 7.00 in the morning until sunset. Entrance: piazza S. Alessio

The second is the Giardino di S. Andrea al Quirinale (Garden of Saint Andrew’s at the Quirinal), which was designed by the royal gardener, Giuseppe Roda, in 1887. The centre of the garden is surrounded by avenues and small flowerbeds. You can also enjoy the shade under the imposing trees. The garden is open from 7.00 in the morning until sunset. Entrance: Via del Quirinale 27, Via Piacenza

The third is the Parco degli Scipioni (Park of the Scipios), where you’ll find the Tomb of the Scipios, which was built at the beginning of the third century BC, and gives the park its name. It was also here that the Columbarium of Pomponius Hylas was later discovered. Both small and tall trees grow in alternation in the park, as well as many Mediterranean species, such as laurels, myrtles, oleanders, cypresses, and pines. The park is open from 7.00 in the morning until sunset. Entrance: Via di Porta Latina 10

The fourth is the park of Villa Balestra, which is located in one of the most exclusive areas in the city, Parioli. The park covers an area of just under 15,000m2 and features two parallel avenues and tall-trunked trees. There are no historical buildings to visit inside the park, but it is the perfect place to relax in the heart of Rome. From April to October, the park is open from 7.00 to 24.30, while from November to March it is open from 7.00 to 20.00. Entrance: Via Bartolomeo Ammannati.

The fifth is the Parco di S. Sebastiano (Park of Saint Sebastian). Nearby you’ll find the Church of San Cesareo, which dates back to the seventh century, and the Casina del Cardinal Bessarione (House of Cardinal Bessarion), a villa of the early Roman Renaissance. The path leads up and down among pines, cypresses, laurels, holm oaks, and specimens of ulmus americana. The park is open from 7.00 in the morning until sunset. Entrance: Via delle Terme di Caracalla 55, Piazzale Numa Pompilio, Via porta S. Sebastiano 2

The sixth is the Parco del Colle Oppio (Park of the Oppian Hill), which encompasses both archaeological works and green spaces. The imposing ruins of the Baths of Trajan are “hidden” among pines, holm oaks, cypresses, oleanders, exotic palms, and roses. The park is open from 7.00 in the morning until sunset. Entrance: Viale del Monte Oppio, Via delle Terme di Traiano, Via Mecenate, Via Labicana, Via Nicola Salvi, Via delle Terme di Tito.

The seventh is the park of the Mole Adriana (Hadrian’s Mole), which is divided by two broad avenues and two majestic stairways crowned by exedras. The park is made of various different gardens, but the one that’s absolutely not to be missed is the Italian style garden! Stroll along the Tiber, past the Castel Sant'Angelo (http://www.castelsantangelo.com/), and enjoy the view of the river. Always open. Entrance: Piazza Adriana.

The eighth is the park of Villa Fiorelli, where you can wander among walnut trees, carobs, blackthorns, gingko balboa, and a few specimens of Persian silk tree. A marble plaque on the wall of the villa commemorates the place where Garibaldi stopped to let his horse drink. The park is open from 7.00 in the morning until sunset. Entrance: Piazza di Villa Fiorelli.

The ninth is the park of Villa Veschi, which is also known as the Parco Giovanni Paolo I (Park John Paul I). Here you’ll find the Neo-Roman church dedicated to the Madonna del Lavoro (Our Lady of Work). For the more romantic among you, follow the main avenue to get to a magnificent nymphaeum. The park is open from 7.00 in the morning until sunset. Entrance: Via Umberto Moricca, Via G.Vitelli, Via G.B. Gandino, Via Francesco Scaduto

The tenth and certainly the most famous on our list is the park of Villa Borghese, an expanse of green covering 85 hectares. As well as relaxing in the greenery of the Italian and English-style gardens, you can also satisfy your desire for culture here by visiting the Galleria Borghese. The park is always open. Entrance: Via Gabriele d'Annunzio, Viale di Villa Medici, Viale delle Magnolie

At this point there’s nothing left to say but to wish you a good walk! 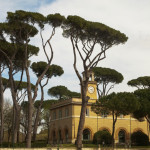 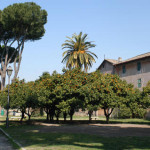 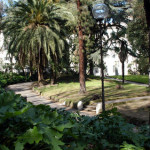 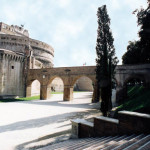 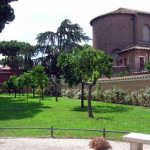 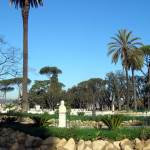 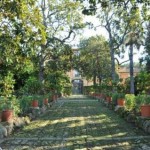