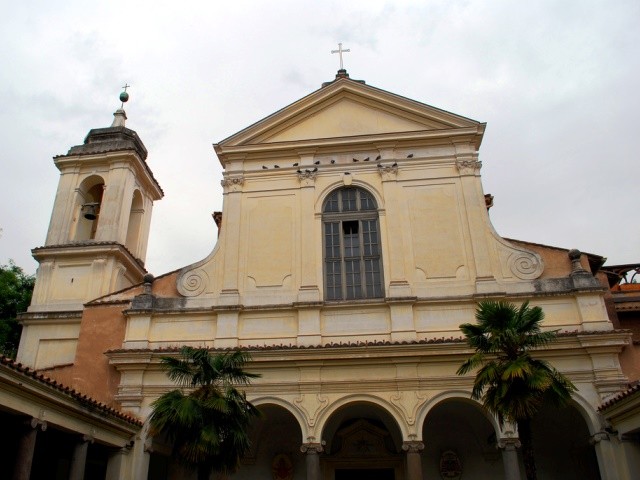 Walk down any given street in the historical center of Rome and you’ll experience a unique sort of time travel as you pass by visible remnants from every era: Ancient Rome, the Middle Ages, the Renaissance, the Baroque, and the Fascist period.  This is one of the great joys of visiting the Eternal City.  The history of Western Civilization is conveniently displayed for your strolling pleasure.

That’s the horizontal encounter with the past.  If you want to view this phenomenon from a vertical perspective, then make a visit to the Basilica of San Clemente, where the metaphor of Rome’s “layers of history” comes to life in a very literal way.

Start at street level along Via di San Giovanni in Laterano and enter the “modern” church which was constructed from 1108 to 1123.  The outer structure that stands today remains largely unchanged from the original 12th century building and is notable for its Byzantine style.

The main apse is occupied by a 12th century mosaic featuring the Triumph of the Cross, with a crucified Christ in the center, and all around him there are twisting, looping vines representing the Tree of Life.  At the top, the hand of God reaches down from Heaven to offer salvation to the faithful, while at the bottom we see Jesus and his apostles represented as sheep.

As you look around on the inside, you’ll notice that hardly anything seems to match stylistically.  That’s because the interior of this church has been pieced together over time and there are elements from several different centuries evident in both the art and the architecture.  The ornate marble choir in the middle of the floor was salvaged from the lower church (4th century).  In the first chapel on the right you’ll see some restored frescoes by Masolino depicting the life of Saint Catherine of Alexandria (1428-31).  The decorations on the upper walls are clearly from the Baroque.  All this and we are still on the first level.

After purchasing your ticket at the gift shop, you take the stairs down and step further back in time.  If you remember the appearance of the “new” church above, you’ll recognize the same general layout below.  The original basilica is known to have existed in 392 A.D., when Saint Jerome wrote of a church dedicated to Saint Clement (who during his lifetime was Pope Clement I).  He was a 1st century A.D. Christian convert known by scholars of Roman history as Titus Flavius Clemens.

This “lower basilica” also contains one of the largest collections of Early Medieval wall paintings in all of Rome, along with many other artifacts from this time period which are displayed and explained for you to enjoy.

As you descend deeper into the underground—and indeed, deeper still into history—you feel the air growing cooler and more humid.  The sound of running water echoes from every direction (this water comes from one of the original eleven aqueducts of ancient Rome).  The minimal lighting adds to the sensation of spying on the past, as you follow the maze from room to room, often coming upon dead ends or narrow openings too small to pass through.

This bottom-most layer is thought to be part of Ancient Rome’s Imperial mint, which may have been destroyed in the Great Fire of 64 A.D.  Around the corner from here is a Roman “domus” (home), and a courtyard that was used as a Mithraic temple from the end of the 2nd century.  It is believed that in later years, this temple was used by the first Christians, maybe even Saint Clement himself, to secretly practice their rites.

Up until 1857, these hidden ancestors to the modern church were unknown, buried under centuries of rubble.  But excavations initiated by Father Joseph Mullooly, then Prior of San Clemente, revealed this site’s rich history which we can now fully appreciate today.

There are so many beautiful and important churches to see in Rome, but even among these abundant choices, San Clemente warrants a stop by anyone who loves history.  Nowhere else in the city—or indeed, the world—are you able to visit so many centuries in such a short span of time.

Rick Zullo is an American writer, traveler, and part-time English teacher living in Rome with his Sicilian wife.  He spends his free time exploring the hidden areas of Italy and blogging about the expat experience. Rick is currently writing a series of books which attempt to decipher Italian culture for the English speaking world.  The first of these, “Live Like an Italian” is now available on Amazon.com.  You can connect with Rick on his blog, on Facebook or on Twitter.

Concierge tip: Looking for Rome travel ideas? Until 2 February 2014, there is a major exhibition about Cleopatra and the relationship between Rome and Egypt at the Chiostro del Bramante in Rome. 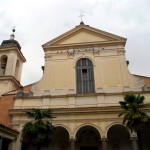 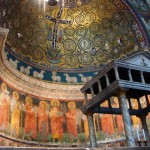 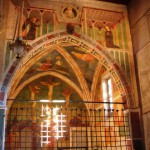 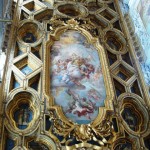 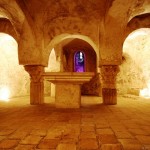 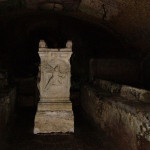