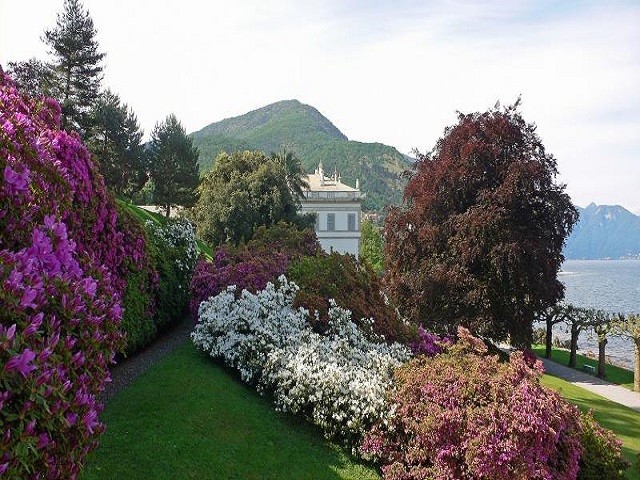 Lake Como, a magical and mysterious lake, is one of Europe’s deepest, if not the deepest.

Glacial origins have given the lake its famous inverted Y-shape, which joins the city of Como in the west with Lecco in the east and Valtellina, in an imaginary triangle pointing northwards to where the mountain range of the Alps begins.

Its true geographical name is Lake Lario, but everyone knows it as Lake Como. It’s a romantic location, ideal even for a one-day break from the chaos of the big city or as a weekend destination, to escape to the countryside and explore its shores and beautiful villas and gardens, which delight tourists from far and wide each year.

Its fairytale landscapes and settings have charmed visitors from the other side of the channel and the Atlantic, and, in recent years, even film stars, directors and entrepreneurs. Among its most illustrious residents, for example, how could we fail to mention George Clooney, owner of Villa Oleandra?

Thanks to the charm it holds for the international jet set, Lake Como has also been chosen as a location for scenes in films such as Star Wars, 007 Casino Royale and Ocean’s Twelve. This has provided a great boost for tourism, with an increase in visitors from the USA, as well as Russia, Britain, the Arab world and Asia.

Many of them come here in search a particular balcony, view or villa they have seen projected in the darkness of a film theatre. So what is the best way to explore and get to know this unique place? A world that is almost still and timeless, perhaps just stirred only by the waves, cooled by the breeze and enveloped in a thousand shades of green, which merge the lake with the surrounding valleys and mountains?

For those born and raised here, there is just one answer: the lake can only be seen properly from the lake! Let us set off, then, on a mini-tour across the water (http://www.navigazionelaghi.it/eng/c_illago.html), with summer just around the corner, to discover three famous villas on either side of the Como branch.

1. Villa Balbianello:
This villa stands on Lavedo Point, a small promontory halfway along the Como branch of the lake. It can also be reached on foot from the village of Lenno, with a climb to the top of the hill along a well-signposted road closed to motor vehicles. It is a pleasant 30-minute walk, through silent woods that are cool in the summer, providing glimpses of the lake on the left until you pass through the gates of the villa and enter the gardens, where it finally appears before you. However, if you prefer, you could also arrive by boat and climb the headland from the villa’s small private mooring. This route provides a view of this late-18th-century gem from a distance, out on the lake, framed on all sides by its gardens. After varying fortunes and changes of ownership, the villa was left to the Italian National Trust at the behest of its last owner in 1998. Its interior still preserves the travel mementos, art collections and memorabilia of his famous expeditions, including an expedition to the North Pole in 1971 and an ascent of Everest in 1973. He was Guido Monzino, the renowned Milanese businessman, refined collector and passionate traveller. In addition to the villa, the Italian National Trust was also bequeathed the beautiful gardens, arranged on a terraced layout. Numerous sycamores, wisteria and ancient statues can be seen among the green vegetation as far as the loggia, the symbol of Villa Balbianello. This has been immortalised in film scenes, most notably the second episode of the hugely popular Star Wars saga, in which it was the setting for the kiss between Princess Padmè and the young Anakin. While on the subject of films, the world’s most famous secret agent, James Bond, played by Daniel Craig, also spent a period of convalescence here in the 2006 film, Casino Royale.

Villa Balbianello is therefore a must-see destination, combining history, botany and a touch of glamour, something that Lake Como is never short of!
The villa is open from 10:00 am to 6:00 pm, Tuesdays to Sundays between March and November. For more information: http://www.fondoambiente.it/beni/Index.aspx?q=villa-del-balbianello

2. Villa Carlotta:
Remaining on the western shore of the Lake, just beyond Villa Balbianello, another villa can be seen on the shoreline near Tremezzo, another typical lakeside village. Villa Carlotta is the ideal combination for botany enthusiasts who also enjoy visiting museums. It has over 8 hectares of open parkland and a villa-museum that will not disappoint even the most knowledgeable visitors.

Its construction dates back to the late 17th century, although its name is more recent and is linked to Charlotte of Prussia, daughter of Albert and Marianne of Nassau, who gave the villa to her on the occasion of her marriage to Georg II, Crown Prince of Saxony.

That was in 1850, and mementos of the marriage and subsequent marital life are still preserved today on the villa’s second floor, where visitors can enter to view the furniture, objects, paintings and pictorial decorations. The real treasure, however, is preserved on the first floor of the building, where there are some masterpieces by Canova and his famous studio (Palamedes, Cupid and Psyche, Terpsichore and the Repentant Magdalene), Thorvaldsen’s monumental frieze “Alexander the Great’s entry into Babylon”, and Hayez’s “Last farewell of Romeo and Juliet”, an iconic painting of Italian Romanticism. From the villa-museum we then pass to the gardens, which over the centuries have enchanted famous personalities and intellectuals such as Gustave Flaubert, to name just one. Throughout their long history, these genuine botanical gardens have preserved three different styles featuring: a pleasant combination of 17th-century Italian gardens, with tall hedges clipped in geometrical shapes, balustrade parapets, statues and water features; an English garden, dating back to the Romantic period, with an abundance of fine trees of exceptional size; and a plant architecture characteristic of the late-19th century, with masses of rhododendrons, azaleas and other rare species, making the grounds of Villa Carlotta true botanical gardens.

Villa Carlotta, with its gardens and museum, is open daily from March to November. For more information: http://www.villacarlotta.it

3. Villa Melzi:
Leaving Villa Carlotta and Tremezzo, we can take a convenient boat ride and conclude our tour by crossing the Lake to reach the opposite shore. We will disembark at the famous village of Bellagio, right in the centre of the lake, and then proceed to Villa Melzi. The villa is a perfect example of Neoclassical style and is also recognised as a national monument. It owes its importance to the fact that it was designed and built as a summer residence by Francesco Melzi D’Eril, vice-president of the Napoleonic Italian Republic, in the first half of the 19th century. This led to the villa becoming famous even then, and it was frequented by prominent figures of contemporary life and politics. The villa is now a private residence that is opened to the public seasonally to allow visitors to view the works of art housed within, along with its beautiful gardens.

It has a rare example of a Neoclassical garden, which preserves its original design and structure, with shrubs including giant rhododendrons and azaleas and a Japanese pond, in which the Neoclassical style merges with an equally pronounced Romantic spirit.

A few interesting facts: while strolling through the gardens of the villa, the composer Lizst was inspired to compose his “Dante Sonata” after admiring the monument depicting Dante and Beatrice near the Moorish kiosk; another prominent artist and writer, Stendhal, praised the view of the centre of the lake from the Bellagio villa in his famous work “Rome, Florence, Naples”.

Villa Melzi does indeed provide a good excuse, or opportunity, to visit the village of Bellagio, which is situated at the centre of the lake. The village offers tourists a labyrinth of small streets, arcades and shops for a nice relaxing break or a shopping spree in search of artefacts and products typical of Lake Como.

The villa’s gardens are open from March to October. For more information: www.giardinidivillamelzi.it

Martina Moretti is an event organiser who travels even when she is not on the move. She loves everything related to culture and artistic beauty, enjoys good food and wine, and cannot resist a chat over a good cup of coffee.

Concierge tip: Choose the Carlton Hotel Baglioni in Milan as a starting point for discovering the beauty of Lake Como. A suggestion for your stay: Luxury shopping in Milan offers an unforgettable experience in city’s most fashionable streets, with a personal shopper entirely at your service. 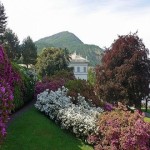 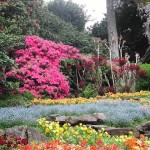 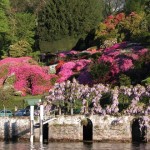 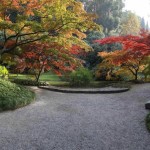 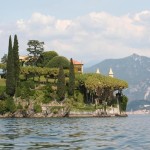 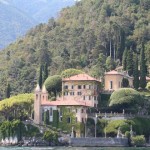