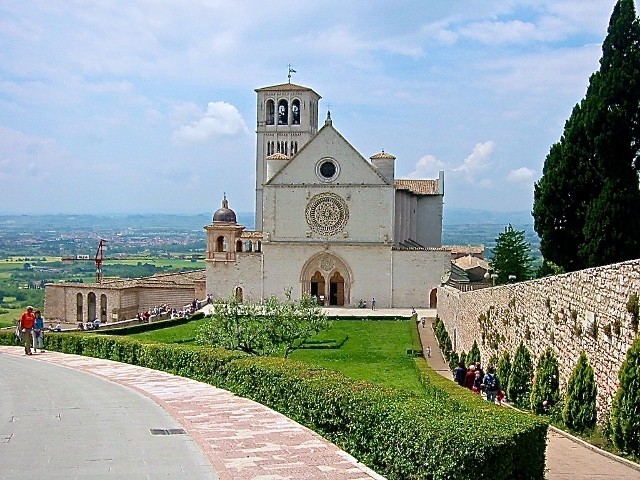 ” All the darkness in the world cannot extinguish the light of a single candle.”  — St. Francis

Two white doves flit around the life size statue of St. Francis and land lightly on his shoulders as I pass through his humble little garden. Patron saint of Italy and protector of birds and animals, it seems only natural that he be surrounded by the flutter of wings. A fountain trickles nearby.

The Basilica of St. Francis, built in memory of the local saint (1182 to 1226), sits on a hilltop, which overlooks the valley. Built on ground that was previously a gallows for criminals called Colle d’Inferno (Hill of Hell), it was donated as the site for the Basilica and renamed Colle di Paradiso (Hill of Heaven). Astounding 13th century frescoes by famous artists adorn the walls inside, making it one huge art gallery.

The lower of the two levels contains the crypt of St. Francis surrounded by those of his closest brothers.

Franciscan monks, in rough brown habits tied with rope belts, can be seen walking the cobbled streets where their forebears trod. Since the beginning of their order they were known as God’s jugglers, or jongleurs ~ a type of troubadour. They roamed the streets and countryside as jovial workers for God seeking simple food and board as their pay.

The greatest Sienese artists, Lorenzetti and Simone Martini, as well as the prominent Florentine artist Giotto filled the Basilica with their profound frescoes.

Another fresco by Cimabue, teacher to Giotto, adorns the walls. It is entitled Madonna and Child, with Angels and St. Francis. This particular depiction of St. Francis is said to be one of the most accurate likenesses of him. This was a pivotal time for art expression. Giotto ushered in a new emotional realness and naturalism in his figures that was inspired by St. Francis and his evolving Franciscan movement.

Away from the Basilica of St. Francis runs the main street through town. Most of the small rustic shops sell local crafts, traditional embroidery, handmade edibles, regional wine and religious souvenirs. Local painters and olive wood carvers can be found in some of the back streets. Some can be seen at work inside their shops.

Inside a cave in the nearby village of Greccio, St. Francis orchestrated the first live nativity scene to bring the reality of the Christmas message to the people. As a result, crèche scenes are popular in town and throughout the region.

The 12th century church of San Damiano is a peaceful 15-minute nature hike from town. The path winds downward through picturesque olive groves ending at the church. This is where, according to legend, Francis encountered God’s voice through the crucifix instructing him to rebuild his church. Francis did rebuild the dilapidated San Damiano in 1205. But it wasn’t until later that he realized God was referring to the people and not the physical church.

A simple church service is held every Sunday in the chapel of San Damiano, the same one Francis knelt in to pray to God and where it is said he heard His voice through the crucifix. A strong earthy smell intermingles with smoking incense.

Assisi revels in medieval ambiance. St. Francis Basilica, the shops and main square can all be seen in a day. But for the nature lover or spiritual seeker, Assisi is a place to ponder. You may long to hear the bells of Assisi ring the Angelus and walk among silver-grey olive trees and somber cypress pressed against the soft evening sky. Whether you blitz through or linger, Assisi is an experience that will deeply engage all of your senses.

– Susan Nelson
My love for Italy began 12 years ago when I took a two week whirlwind tour of this lovely country. Since then I have been back several times only to fall more deeply in love with the culture, history, people and beauty of this country. I have written over 100 posts on my blog, Italy, from St. Peter to Caravaggio, and have done guest posts for Boomer Women Travelers among a few other online travel publications. You can most always find me in my home office researching and writing new articles that intrigue me about Italy. Follow Susan on Twitter.

Concierge tip: After visiting Assisi, what could be better than immersing yourself in the lush natural environment of Tuscany’s Maremma region. Indulge in a relaxing break at Punta Ala by taking advantage of the hotel’s new Beach Inclusive offer at the Hotel Cala Del Porto. 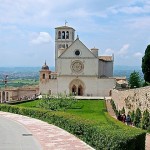 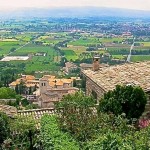 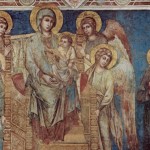 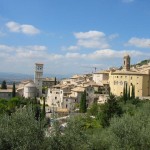 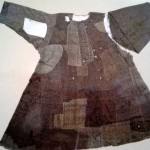 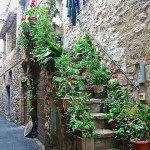 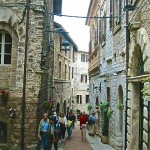 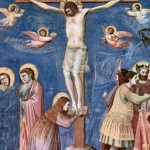 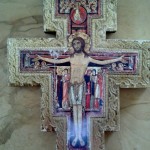 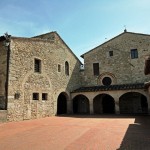