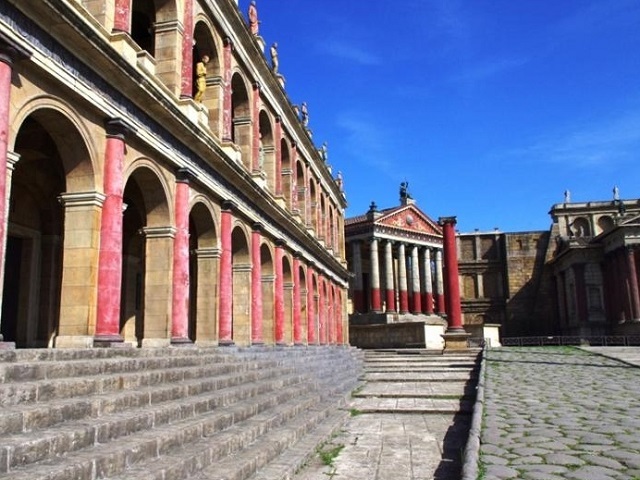 The history of Italian film provides a fascinating lens through which to examine the modern day country.  From its post-war roots in neorealism, to last year’s Oscar winning film by Paolo Sorrentino, The Great Beauty, the art of filmmaking in Italy has evolved side-by-side with the society at large over the last 70 years or so.

To fully appreciate this phenomenon, it’s worth a visit to Cinecittá the next time you’re in Rome.  It’s Italy’s version of Universal Studios, and is sometimes called “Hollywood on the Tiber.”  Indeed, it’s one of the biggest production communities in the world, second only to the one in California.  Ironically, some of the most famous movies to come out of the Italian studios in the last couple of decades are actually “Hollywood” films.  For example, The Gangs of New York by Martin Scorsese, and Mel Gibson’s The Passion of the Christ (which co-starred one of Italy’s most famous actresses, Monica Bellucci as Mary Magdalen) were both filmed here.  And of course some of the classics of cinema such as Ben Hur, Cleopatra, and many of the films of Federico Fellini were created at this so-called “Dream Factory.”

Highlights of visiting Cinecittá
One of the highlights of a visit to Cinecittá is seeing the big sets, which are on permanent display—in fact, they are still used for various projects.

THE BROADWAY-NEW YORK SET: Originally this set was created for Scorsese’s Gangs of New York.  The detail is incredible, evoking the old New York of the mid-1800s.  Currently, however, it’s more reminiscent of modern day New York after it was readapted for the 2013 film The Third Person, directed by Paul Haggis and starring Liam Neeson, Olivia Wilde, Mila Kunis, and James Franco.

ANCIENT ROME: Walking onto this set after seeing the actual ruins in the center of Rome is an eerie experience.  Suddenly it all comes back to life in vibrant colors, reminding us that what’s left of the forum now in various shades of gray is a mere skeleton of its former glory.  These building were used originally for the HBO series, Rome, which was co-produced by the BBC between 2005 and 2007.  Standing in the middle of the recreated forums, it’s not hard to imagine the daily life in the ancient city, as soldiers marched through the square returning from their latest conquests.

FLORENCE IN 1400: This set was initially created in 2002 for the Italian mini-series Francesco, which was a historical fiction about the life of Francis of Assisi, with Italian star Raoul Bova in the title role.  More recently it was altered slightly to represent the town of Verona for the 2013 U.S. production of Romeo and Juliet starring Damian Lewis, Paul Giamatti and Hailee Steinfeld.

Also worth seeing are some of the memorabilia displayed on site such as original sketches by the set designers and costumes worn by international stars.  There are also props, mini sets, and demonstrations that reveal some of the magic behind movie-making.  Bring your video camera and be the star of your own production!

The History of Cinecittá
Cinecittá has its beginnings during the fascist era when the studios were used to produce propaganda material as well as films for entertainment.  Mussolini himself inaugurated the site on April 28th, 1937.  In those early years, the studios were overseen by Mussolini’s son, Vittorio, and operated by his chief of cinematic productions, Luigi Freddi, who promoted the slogan, “Il cinema è l'arma più forte!” (Cinema is the most powerful weapon!)
Immediately after the war, the studios were used as a displaced persons camp, and subsequently fell into some disrepair.  Then in the 1950s, a few American production companies were looking for a cheap place to make their films and found that Cinecittá suited their needs nicely—especially with its proximity to the city of Rome.  The result was such films as Roman Holiday, and Three Coins in the Fountain.

After the “golden age” of Italian cinema—roughly from the mid-40s to the early 60s—financial problems began to plague the studios.  In 1997, the Italian Government was forced to sell off an 80% stake in the facilities.  Things have improved greatly in recent years, and in July of 2014 a new site called, Cinecittá World, was opened to the public.  Located about 16 miles southwest of Cinecittá studios, this €250 million theme park features thrill rides, roller coasters, and other movie-themed attractions for the expected 1.5 million annual visitors.

Movies and filmmaking have played an important role in the development of modern Italy.  To appreciate this—and see where some of these great films were made—plan a day outside of the ancient city center to gain a better understanding of some of Italy’s more recent history, and how filmmaking has reflected Italian culture.

To get there, you can take the Metro A Line from the center of Rome in the direction of Anagnina. Get off at the next to last stop (Cinecittá) and at street level you will see the entrance to the studios.

Rick Zullo is an American writer, traveler, and part-time English teacher living in Rome with his Sicilian wife.  He spends his free time exploring the hidden areas of Italy and blogging about the expat experience. Rick is currently writing a series of books which attempt to decipher Italian culture for the English speaking world.  The first of these, “Live Like an Italian,” is now available on Amazon.com.  You can connect with Rick on his blog, on Facebook or on Twitter.

Concierge tip: Want to immerse yourself fully in Italian cinema culture? Then book The Great Beauty Package at Regina Hotel Baglioni in Rome, which also happens to be within easy reach of Cinecittá. 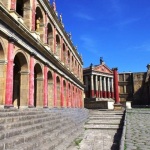 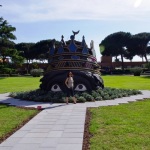 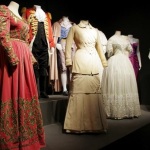 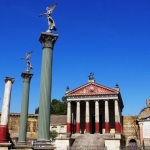 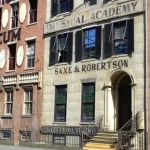 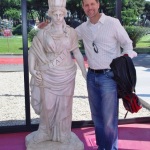