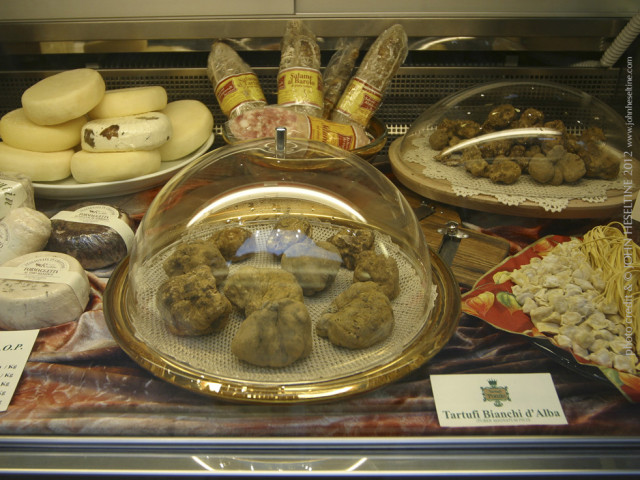 What is the mysterious allure of the Italian truffle ? Black gold or white pearls that evoke a passion whether erotic, narcotic or gastronomic all focused upon an unattractive  gnarled nugget of subterranean fungus  that sometimes sells for the price of a small brand new Fiat. As elusive to find as to describe, their history goes back to the time of the Egyptian Pharaohs and the Roman Empire although they were banned by the church in the Middle Ages as their seductive appeal  seemed to be the work of the devil.
I wanted to find out more about them so I embarked on an autumnal tour beginning in Piemonte and then roughly following Apennines through parts of Tuscany and Umbria to reach the Marches in the east. At this time of year there are plenty of clandestine excursions in search of the highly-prized quarry but it is also the season of celebration for both truffle harvesters, or trifolau, as well as the towns that host perennially popular truffle festivals.
Along the way I found that there no one Italian truffle, as Italy produces at least eight different varieties, particularly famous being the white (tartufo Bianco), or magnato, the king of truffles and mostly found growing amongst oak or willow trees in Piemonte. Here harvesters are highly secretive about their sources and often rely upon a mongrel dog with its superior sense of smell to find the precious smooth white truffles that range in size from walnuts to apples and are incredibly expensive.  It was at my first port of call at Alba’s famous truffle market that I got a measure of the seriousness that was devoted to these funghi and the high prices that they command.
Traveling east I passed through Tuscany into the dramatic landscape of Umbria for my next port of call, Norcia, a beautifully isolated walled town ringed dramatically by the Sybilline mountains and checked into the Hotel Grotta Azzurra, in the historical centre and the home of the Granaro del Monte restaurant, one of Umbria’s oldest and finest which serves delicious local cuisine in this town which is well known as a gastronomic centre, particularly for the local wild boar but also the more widespread black truffle (tartufo nero) or melano. The tartufo nero’s wrinkly skin can withstand cooking and is often found the basis of sauces as well as a spread for bruschetta. Black truffle omelets are also a favorite in Umbria and they can also be sliced raw and served with salad, carpaccio or bresaola. Another traditional dish is a plate of locally made sausages and lentils flavored with truffles.
I could have stayed in the clear mountain air for many more days but I was keen to visit the Marche region where there are several festivals dedicated to the truffle. First I arrived in Santa Angelo in Vado just as the 'Mostra Nazionale del Tartufo Bianco' was getting underway with a marching band and a display of vintage cars. The market was full of wonderful regional delicacies including the expensive white truffle but also black truffles and a host of associated products harvested, produced and venerated in a time-honored way and not just aimed at sophisticated gourmet palates. After this I moved further east to my final destination of this journey, the small town of Aqualanga where the National Truffle Fair was about to be held celebrating its location as another white truffle hotspot.
Along this brief journey of exploration I savoured some amazing dishes such as Risotto al vino rosso Tartufato, Maccheroncini di Campofilone with white truffle, or Riso alla Piemontese. I also met some lovely people whether trifolau or people passionate about producing, selling or cooking fine food. I also traveled through some of the most seductive landscape in Italy confirming my supreme regard for the unique combination of virtues that Italy offers its visitors. 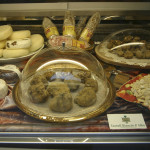 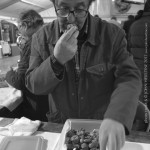 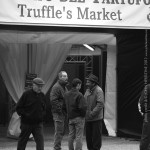 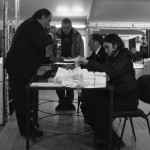 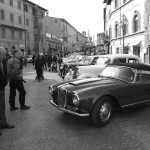 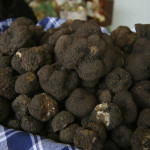 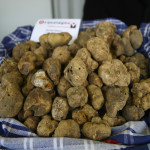 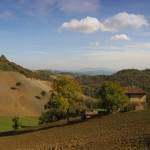 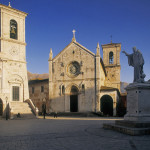 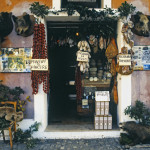 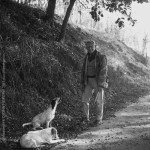 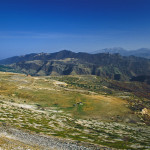