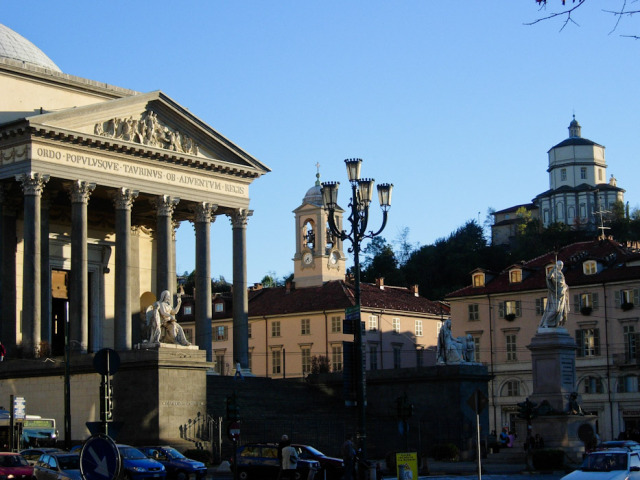 I first laid eyes on Turin twenty years ago. It was grimy; all the buildings were blackened; cars parked haphazardly in all the large squares. It was truly an industrial city that nobody wanted to visit.

A bit more than ten years later, a miracle occurred. The Winter Olympics came to Turin! Buildings were cleaned; Squares were made into pedestrian areas with parking underneath; museums were opened.

Turin is now a jewel of a city with a large number of palaces, fantastic museums, beautiful piazzas, and a lively restaurant scene. The city has turned into a must-see destination in Italy. Tourists are beginning to arrive in small numbers and a few bus tours have put the city on their Italian itinerary, but it is still relatively unknown. 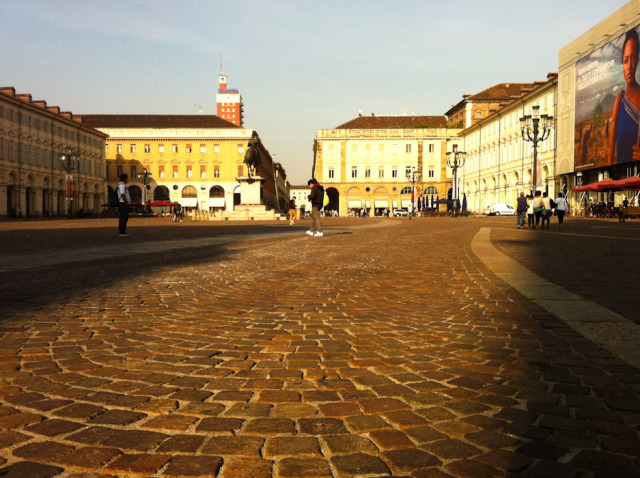 Hundreds of years ago, Turin was the seat of the Savoy kingdom. The kings and queens so much enjoyed strolling from their palace in Piazza Castello, down to Piazza Vittorio, which is flanked by the River Po, that they had covered walkways built all the way through the city centre so that they could walk in any weather. These arched walkways today are now a beautiful feature of the centre. 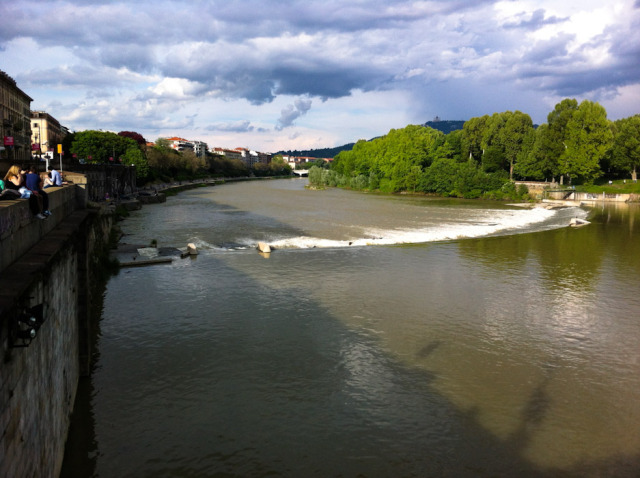 Turin is also famous for its coffee and chocolate. Stop in one of its many historic cafes, so that you can marvel at the frescoed ceilings, or enjoy your cappuccino “al fresco”, in one of the many restored squares. Piazza San Carlo houses two of the oldest institutions in the city: Café San Carlo and Café Torino.

You can sip your coffee outdoors while watching some of the many buskers who perform regularly through the town, or just enjoy the Italian sport of people-watching.

To really experience the Turin coffee culture, try a Bicerin (pronounced “bicherine”). This is a drink unique to Turin made delicious layers of hot chocolate, coffee and cream. It’s hard to stop at one! 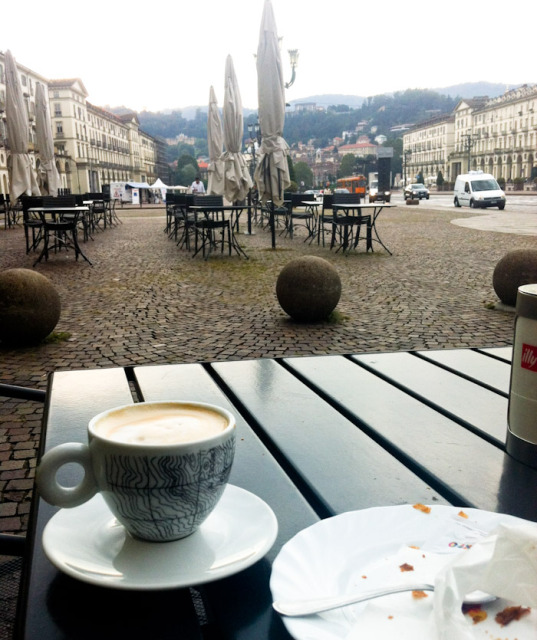 Chocolatiers abound all through the city. All of them make melt-in-your mouth chocolates called giandujotti. The chocolates are made of a mixture of hazelnuts and chocolate and are shaped into a distinctive long triangle, like an upside-down rowboat. The beribboned bags of chocolates make fantastic presents to take home!

And of course, you need to try the gelato di giandjua, which is sold in every good gelateria in the city. 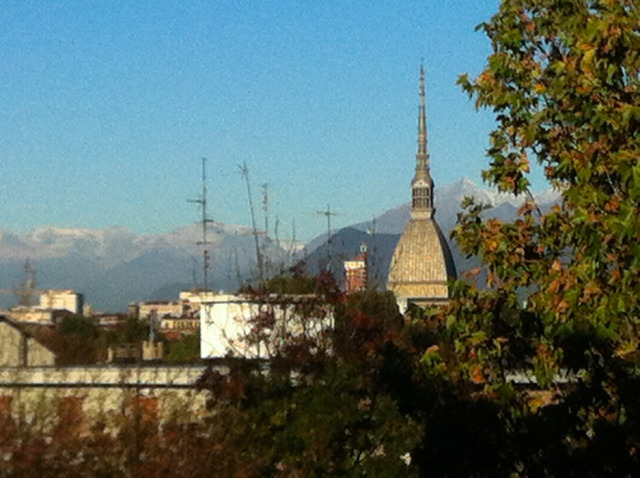 While in Turin, a monument not to miss is the Mole Antonelliana, or “La Mole” as the Torinese affectionately call it. The striking structure is the tallest building in Turin. It hosts an incredible, hands-on cinema museum. The inside of the building is hollow, with soaring ceilings. On a clear day, you can take the glass elevator up through the center of this space for sweeping views of  Turin and the surrounding snowcapped mountains.

Turin is only an hour from Milan, and is worth a detour on your trip. 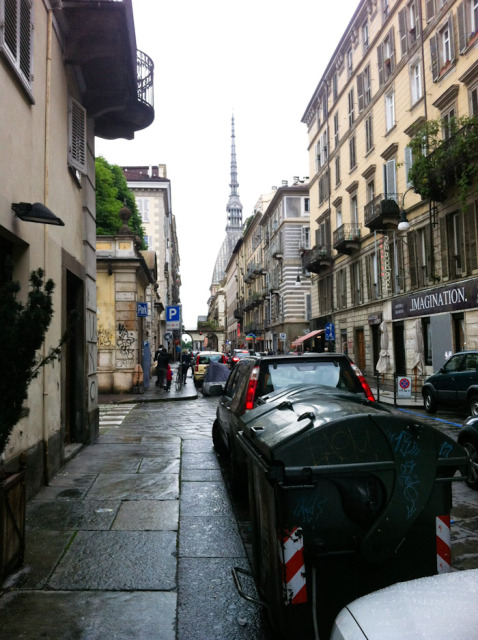 It is very easy to spend two days wandering the city and taking in the museums. Turin is a wonderful surprise. It is a hidden gem, that stands out from the crowd, even in a country full of beauty and culture. It is a city on the rise. Its slogan “Torino, non sta mai fermo” (Turin, always on the move), is the beat of its drum. Visit it now, before everyone else finds out about it!

–Lisa Watson is a writer who grew up on a sheep farm in New Zealand and now lives in France. She has a love of cooking, particularly Italian cuisine. Follow her on her blog, Italian Kiwi and also on Twitter, FaceBook, and Instagram.

Concierge tip: Why not include Turin in a tour of Italy’s great northern cities? It’s easier than you think with Milan and Carlton Hotel Baglioni just an hour apart by high-speed train.