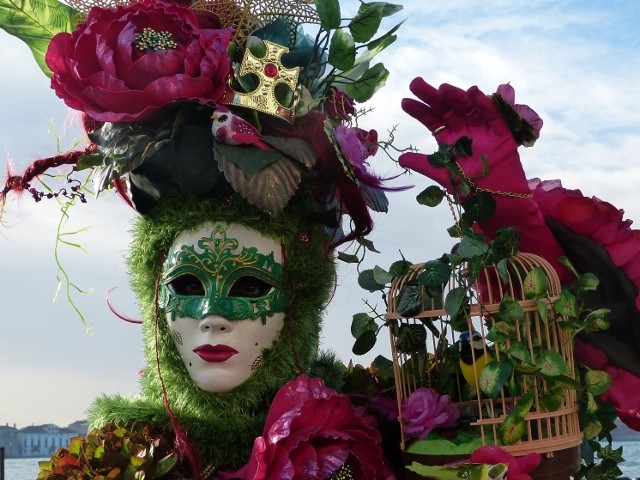 Carnevale is a long-standing Venetian  tradition which began in 1162  to allow residents one last big blow-out celebration before the onset of Lent.  During Napoleon’s  occupation  of the city in 1797, all Carnevale celebrations and mask wearing were outlawed.

In 1979, Venice re-established Carnevale.  Since then it is has become of the world’s most renowned  festivals.  It’s one of the most magical events you can ever imagine. Tourists flock from around the globe to partake in the pageantry of Venice’s costume parades and elaborate masquerade balls.

This year, Carnevale runs from February 15 to March 4.  Numerous daily events from free costume parades to  private balls are held all over the city.  There is literally something for everyone.

The place to be every day is the area surrounding St. Mark’s square and the Doge’s Palace, where you will be treated to a vast array of outfits from elegant handmade costumes  to  something as simple as a plain cape.  There is a mystery behind a mask, they say, and you will feel this everywhere you turn.  Everyone is wearing one.  Streets all over the city are lined with confetti left over from the previous night’s revelers. It’s a non-stop party atmosphere, lasting 11 days and nights.

If you have never been to Venice during Carnevale, you might want to put it on your bucket list. To whet your appetite, here is a selection of last year’s costumes.

See you at Carnevale!!

To learn more about Carnevale and details of this year’s events, see the Carnevale of Venice official website at http://www.carnevale.venezia.it/?slang=en
To book tickets for 2014 Carnevale events and balls, http://www.venice -carnival-italy.com/

Concierge tip: Luna Hotel Baglioni has put together two unforgettable experiences to allow guests to celebrate Venice Carnival in traditional style, while being pampered by exclusive services.  The Moon Masquerade Package is valid from 21st until 23rd February 2014 and The Gran Carnival Ball Package from 26th February until 03rd March 2014.  The Great Baglioni Party (Friday 28th February 2014) is one of the most exclusive events to celebrate Carnival in an atmosphere that evokes 1700.  A Carnival Atelier will also be open on the second floor of the Hotel during the Carnival period, to allow guests to rent or buy époque costumes, masks and cloaks.  For more information: Atelier Flavia, Tel – +39 041 5287429.  Email info@veniceatelier.com – Website: www.veniceatelier.com 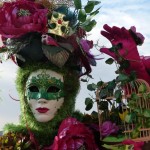 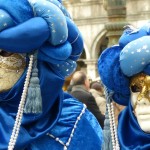 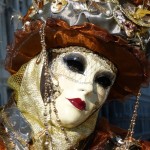 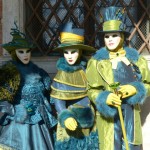 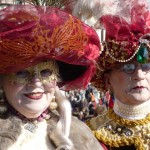 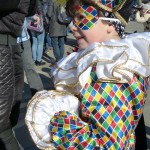