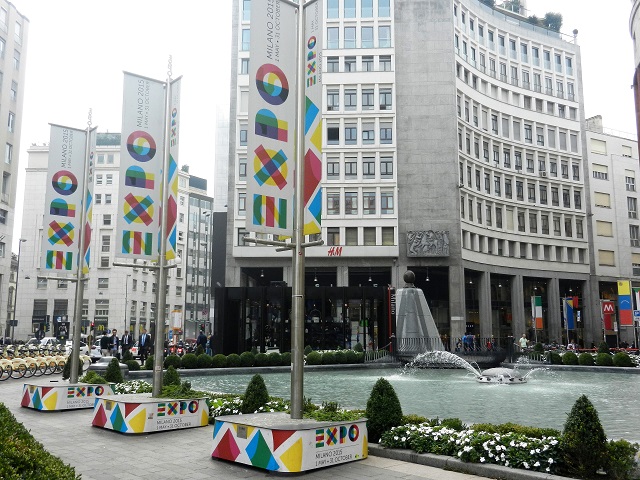 The world’s attention is focused on Milan as  more than 20 million visitors are expected for EXPO 2015 between May 1st and October 31st. Italian Talks asked Italy bloggers and photographers to share their best photos of Milan. Please enjoy these 20 images selected for this post. 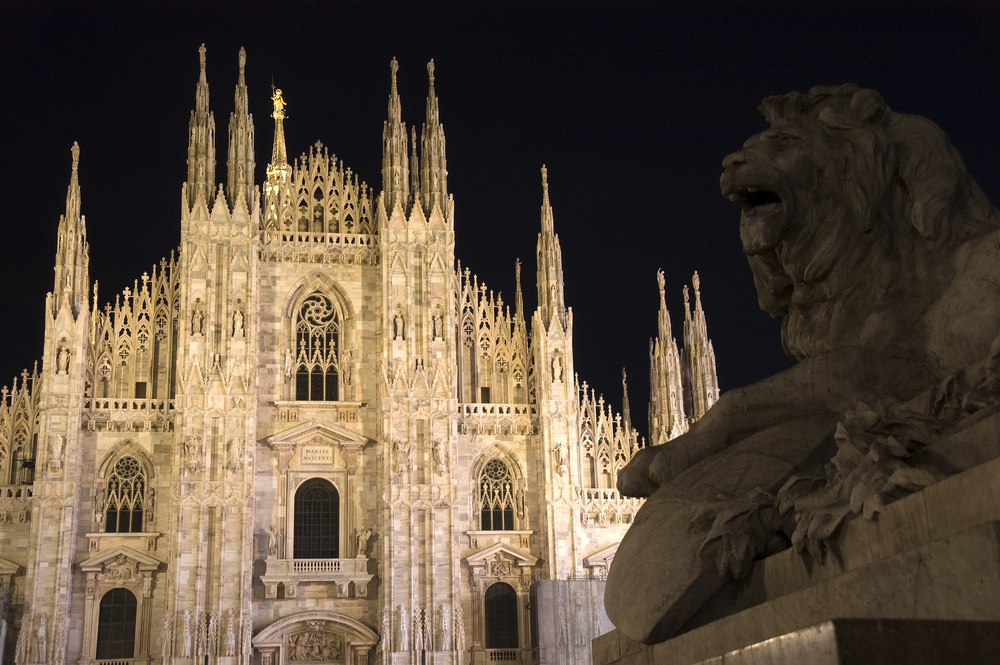 People often forget  that Milan is home to the largest, and one of the most awe-inspiring churches in Italy. The Duomo di Milano is an incredible example of gothic architecture that took nearly six hundred years to build. It tends to produce strong emotions in everyone who sees it – Henry James was impressed, John Ruskin hated it – so the only way to make up your mind about it is to come see it for yourself.
–Photo by Walks of Italy 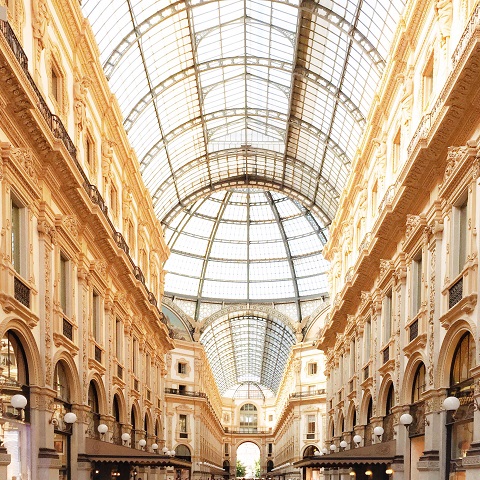 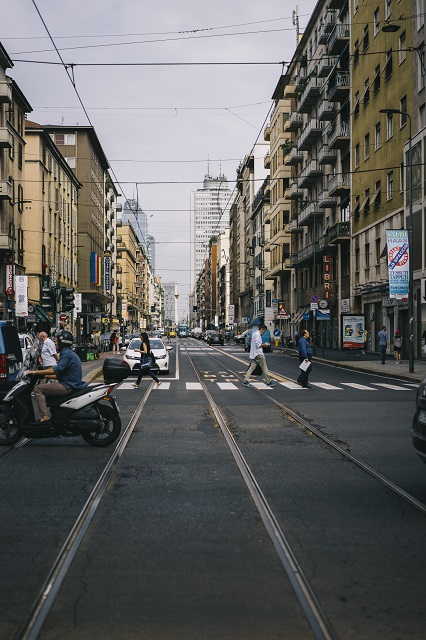 Taken whilst walking from Lima to the Duomo. My biggest concern when taking this photo was getting run over!
–Photo by Haydn Darke  from HaydnDarke.com 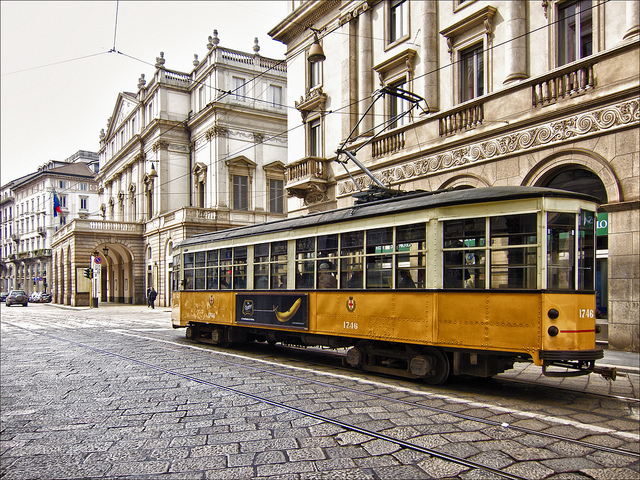 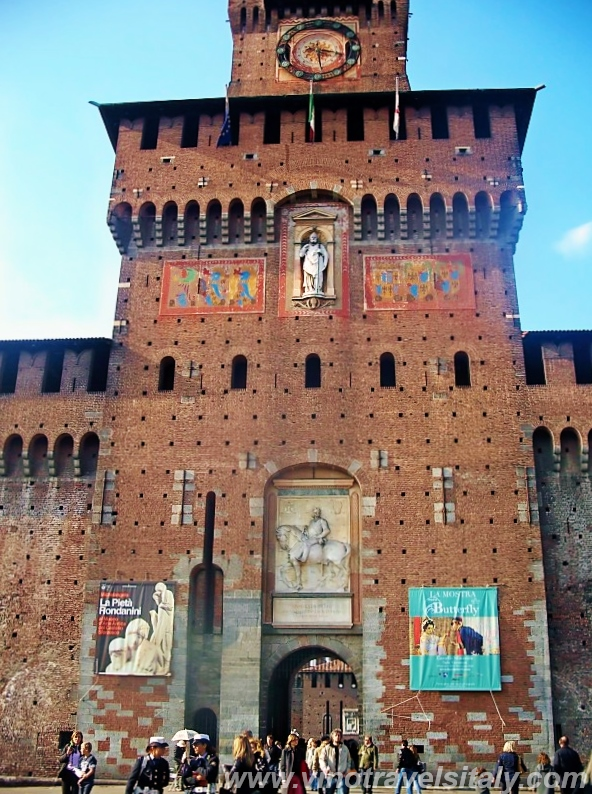 Nothing like the facades and entrances to a daily stroll in the park, Parco Sempione
–Photo by Jennifer Martin from Vino Travels 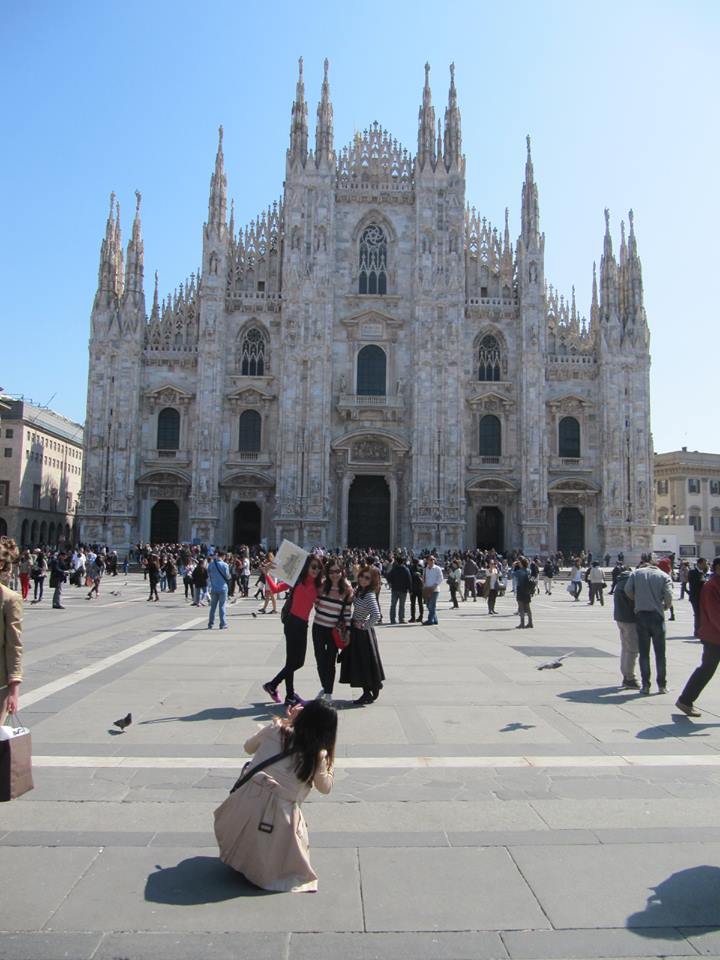 The pedestrianised hub of Milan’s social life, the ever busy Piazza Duomo. In perfect symmetry, 135 pinnacles and some 3,400 statues embellish the Catholic city’s cathedral and prime place of prayer.
–Photo by Martin Gani, Author. Follow him on Twitter  @GaniMartin 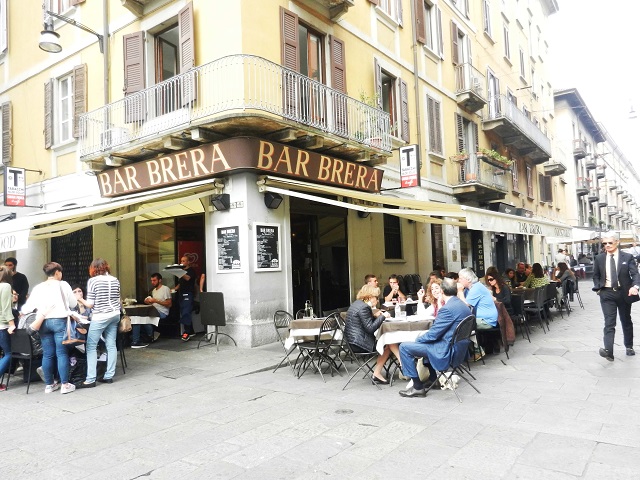 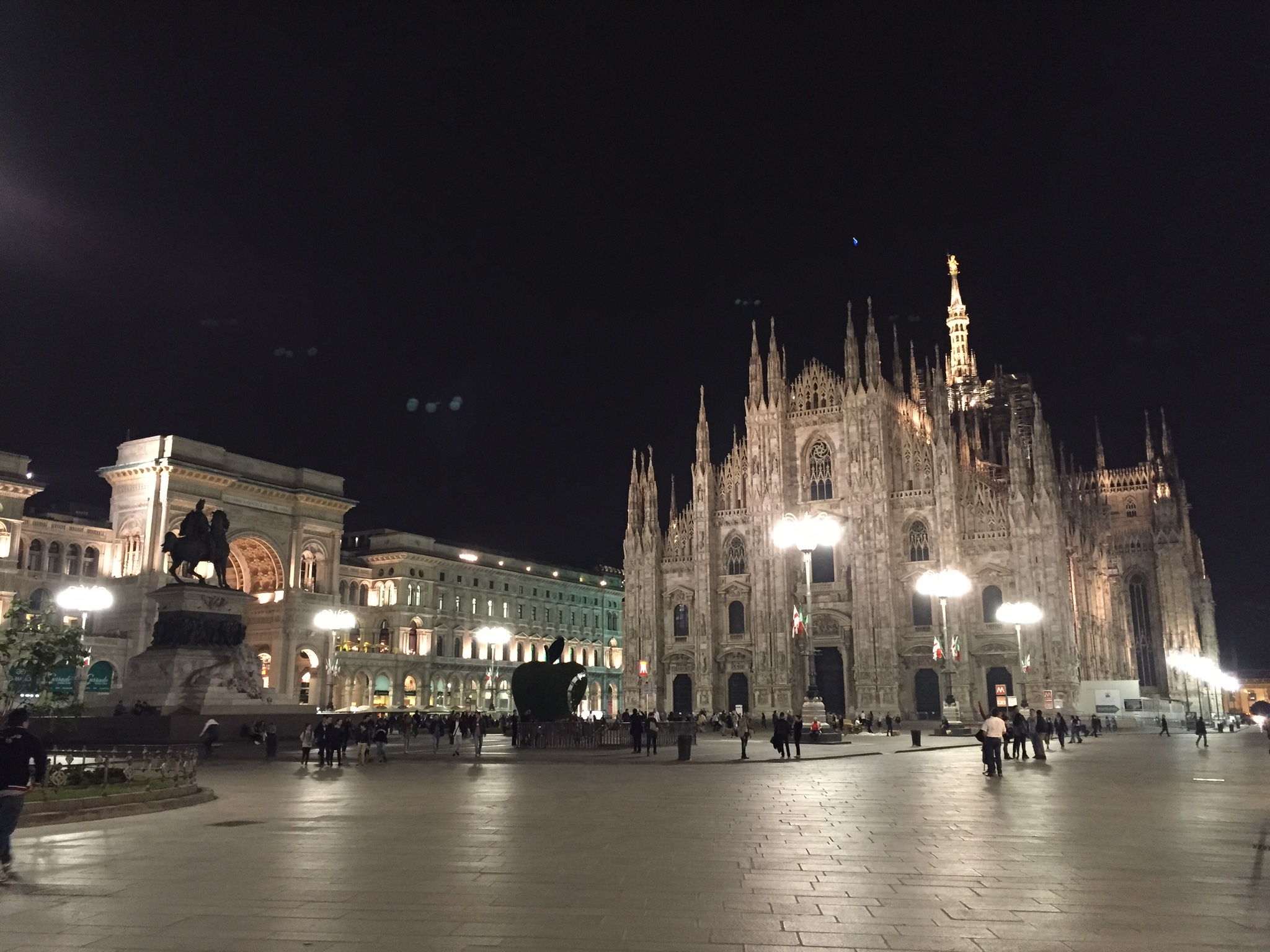 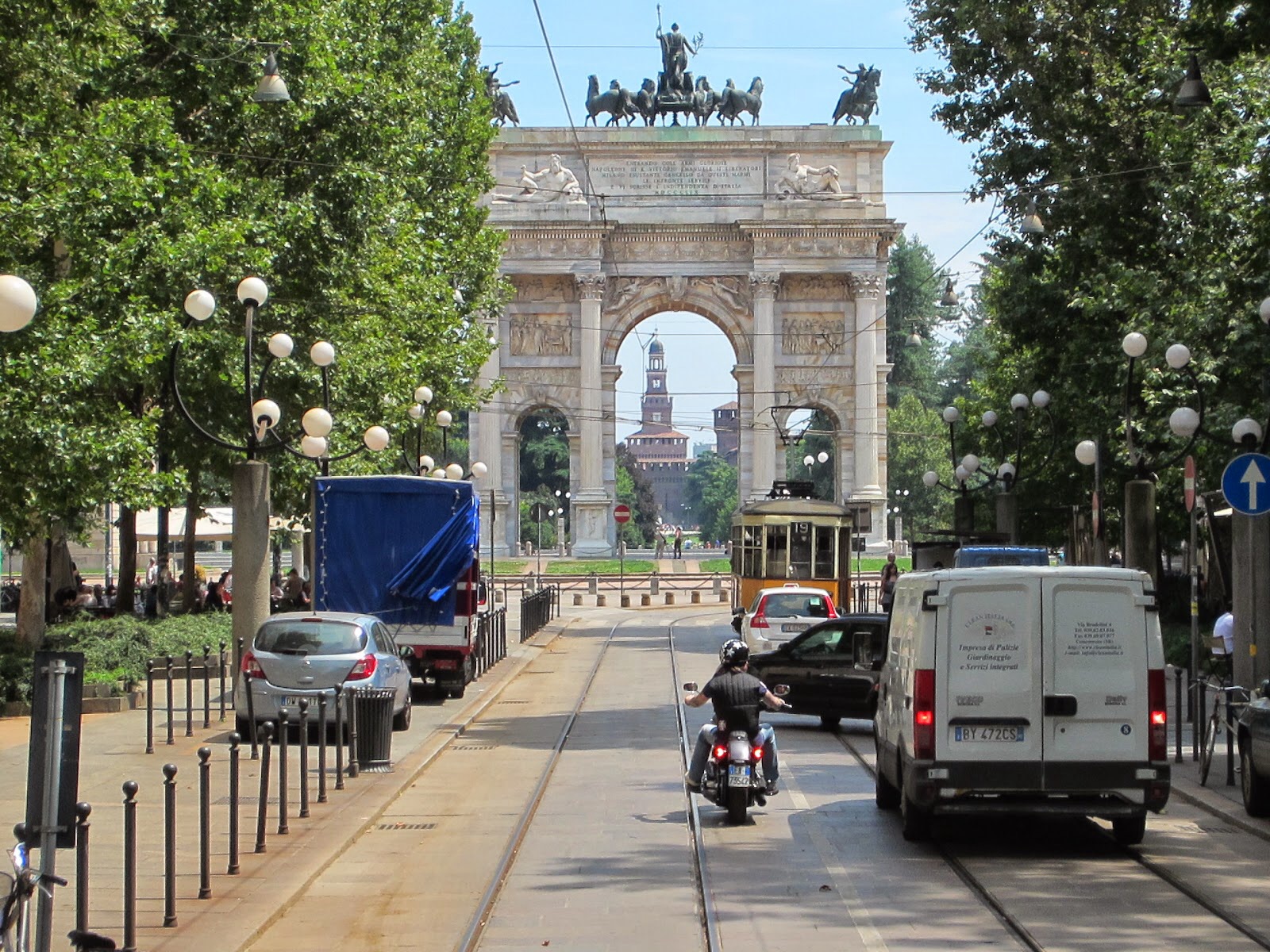 Corso Sempione looking down through Arco della Pace to the Castello. Although these are symbols of Milan, I love the slightly Parisian feel of this beautiful wide tree lined street which is not typical of Milan’s narrow shop lined streets.
–Photo by Jenny P from Our Milan Transfer 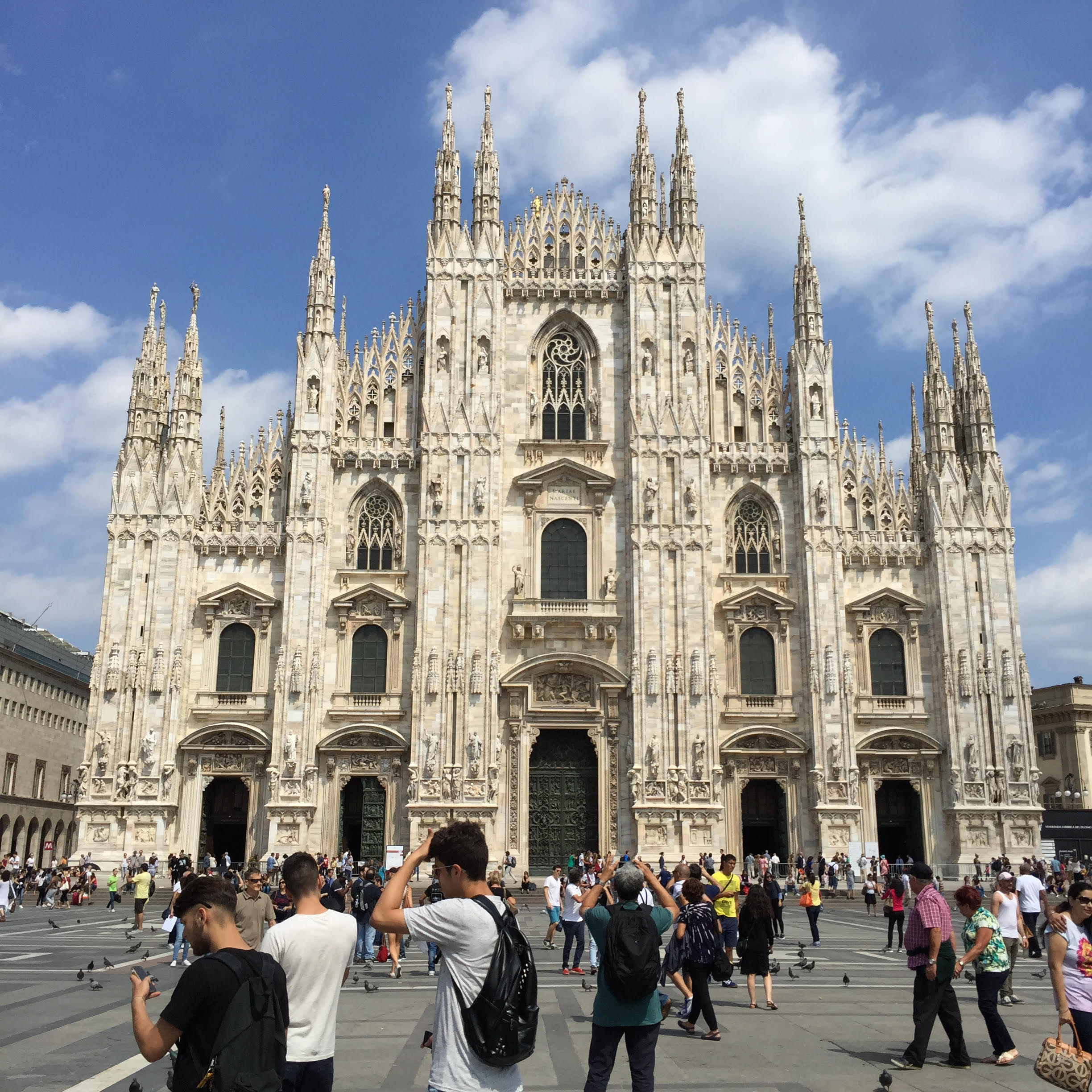 Is there anything as iconically beautiful as the ‘gothicissima’ facade of Milan’s Duomo cathedral?
–Photo by Georgette Jupe from Girl in Florence 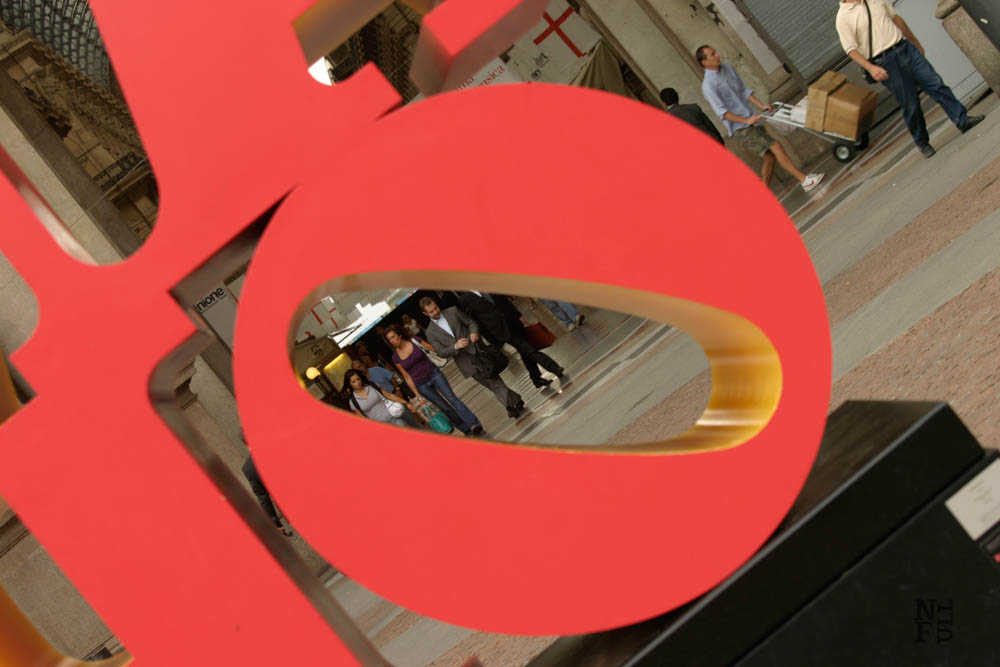 Love caught between Teatro alla Scala and Galleria Vittorio Emanuele II. Who does not love Milan?
–Photo by Agata Mleczko from NullnFull 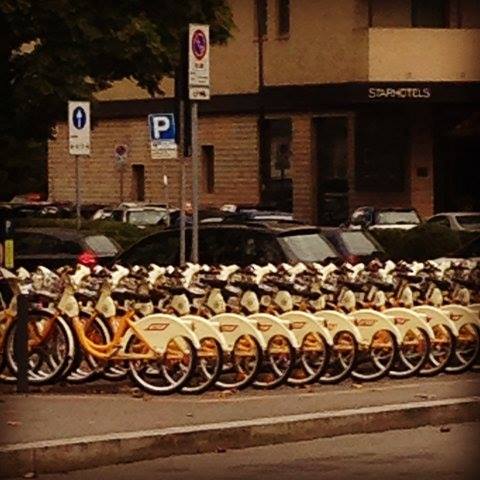 As a design capital, Milan does urban eco-chic better than anywhere else in the world.
–Photo by Shannon Kenny from Elaia Travel 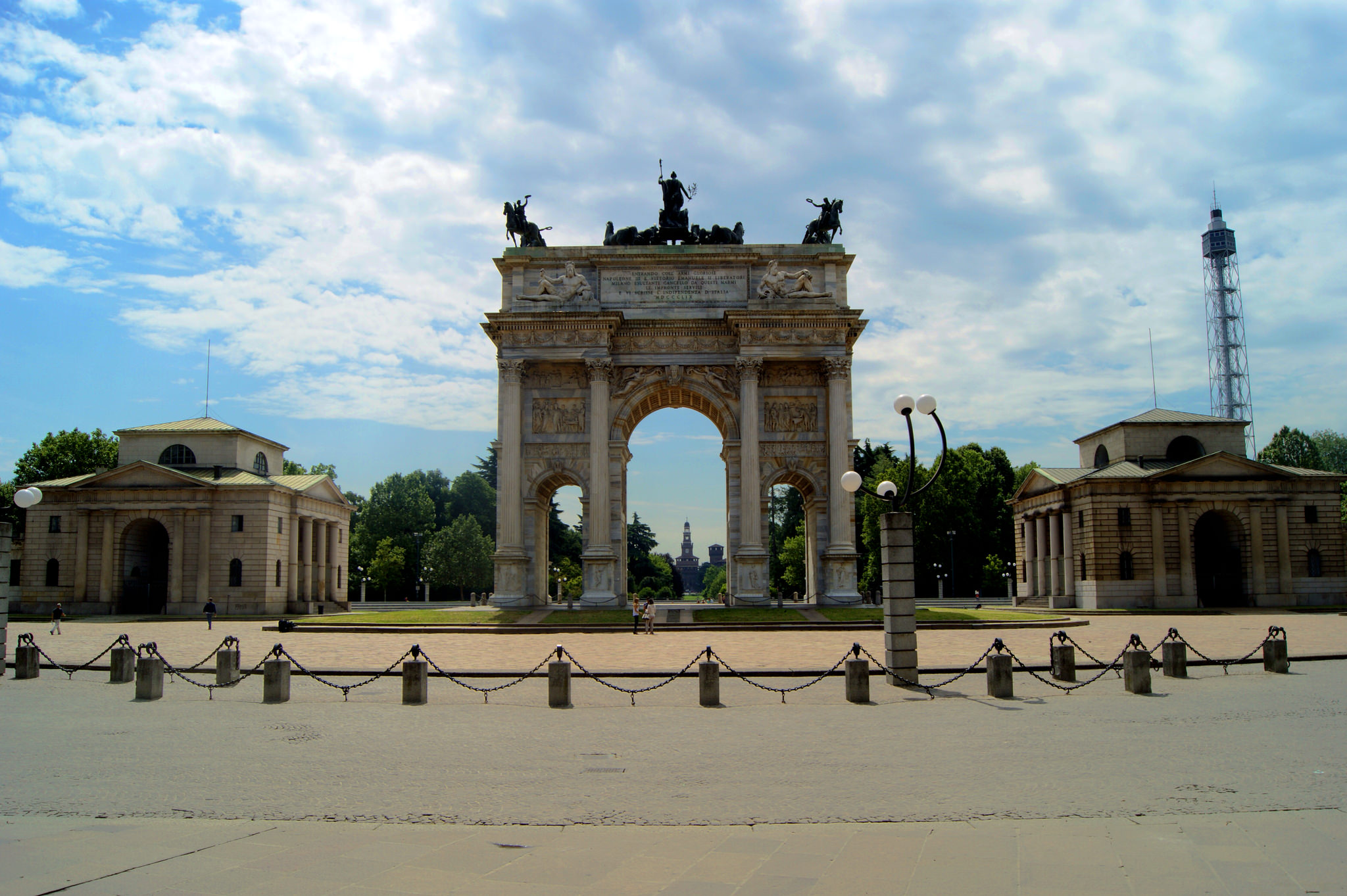 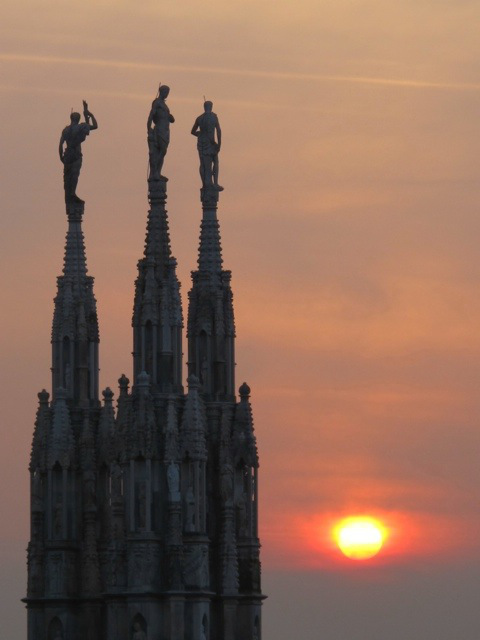 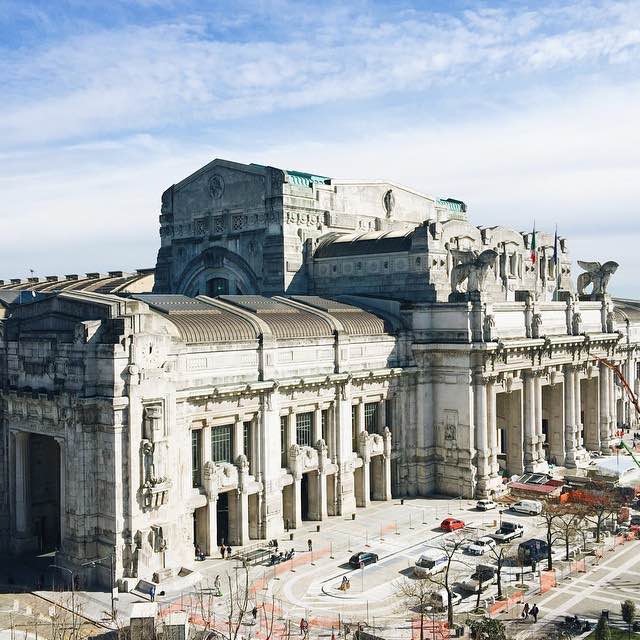 I love Milan because I love the Stazione Centrale– the gorgeous early 20th century train station.
–Photo by Erica Firpo from EricaFirpo.com 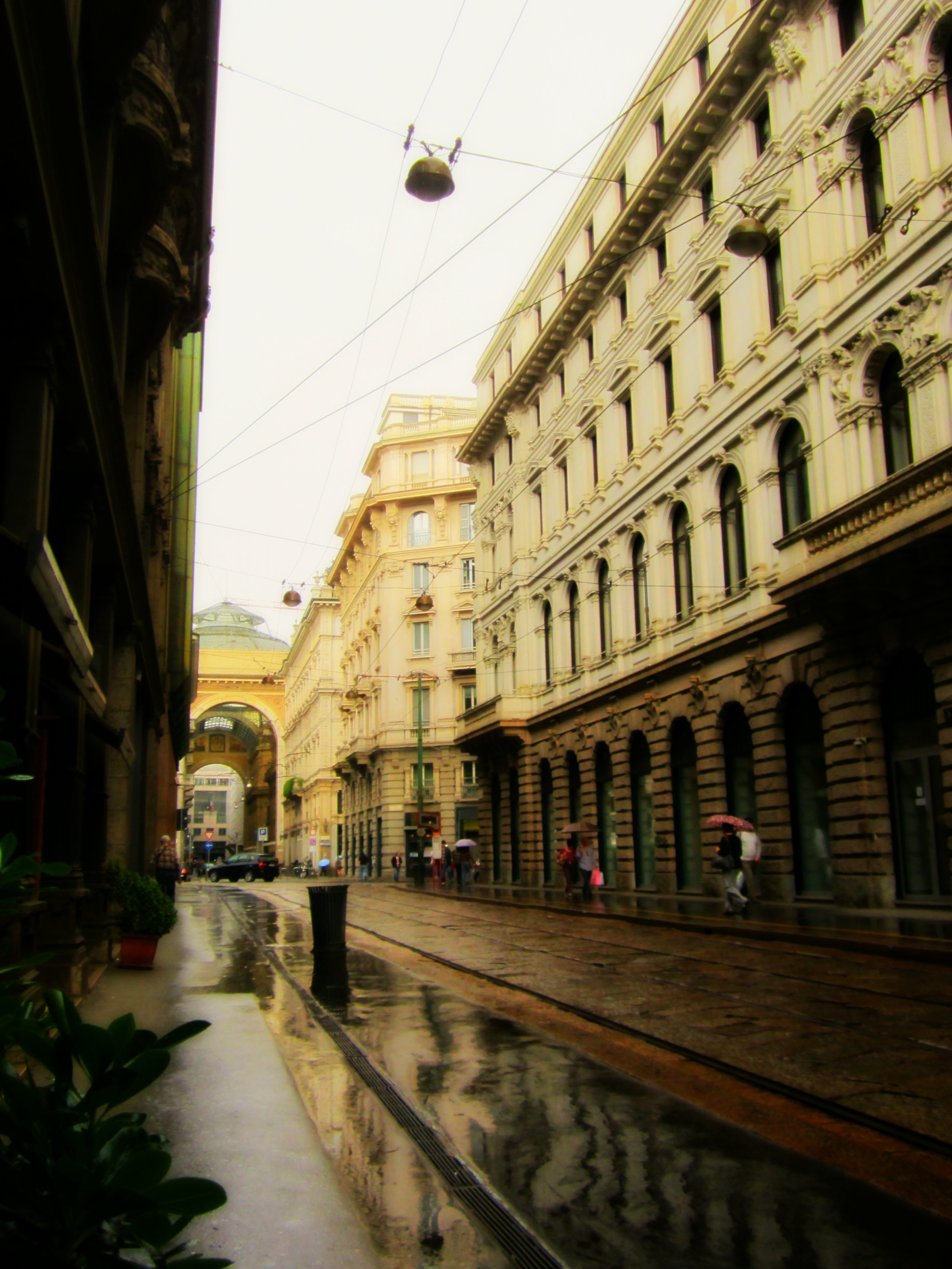 On a rainy day in Milano, I fell for the city’s many charms…exquisite shopping, gorgeous architecture (and people), cafes serving mugs of hot chocolate and it’s spectacular Duomo. I’ve returned many times!
–Photo by Lisa Condie from Find Yourself in Tuscany 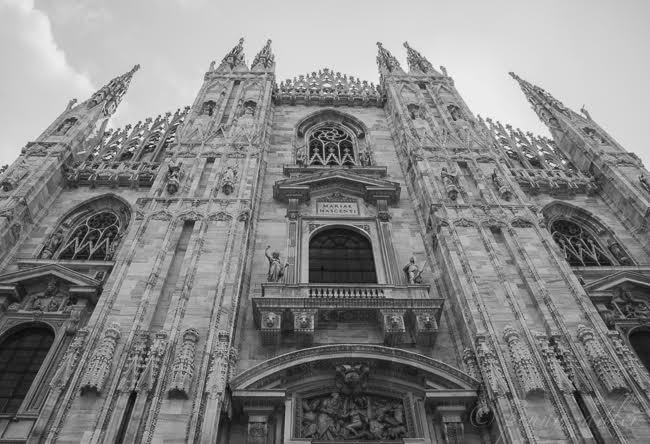 The Duomo Milano is stupendo! I took the subway there and when I walked to the top of the stairs it was right in front of me. Bam! So cool.
–Photo by Penny Sadler  from Adventures of a Carry-On 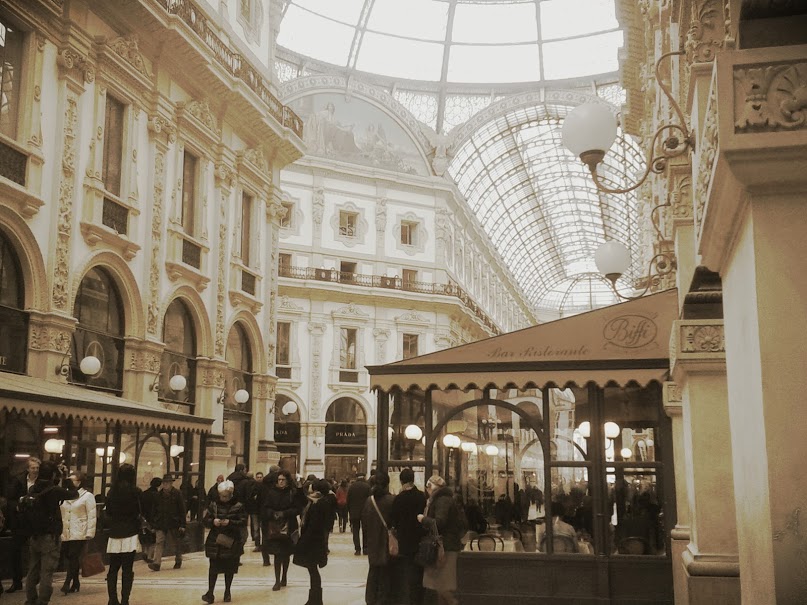 The Galleria Vittorio Emanuele – one of the oldest shopping malls in the world. When you are here, you feel like you have been transported back time of Verdi himself.
–Photo by Diana Skok Corridori  from Vino Vita Viaggi 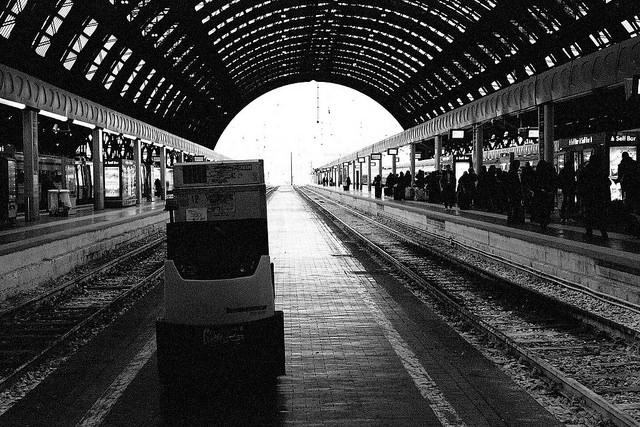 Milano Centrale is truly a nice station to photograph
–Photo by Ric Capucho, photographer. Follow him on Flickr. 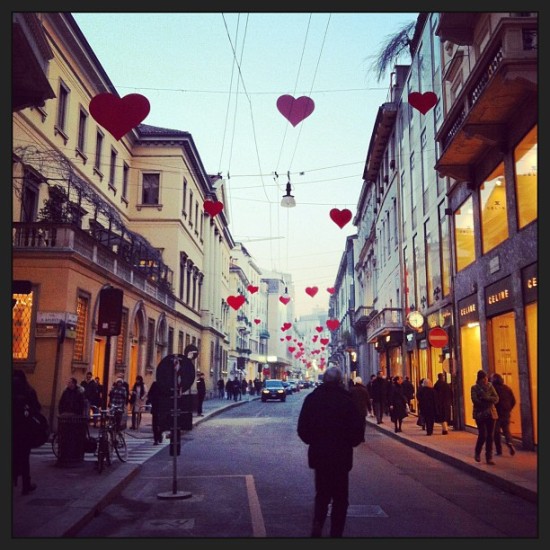 Love is all around us at Via Montenapoleone
–Photo by Ana Silva O’Reilly from Mrs. O Around the World 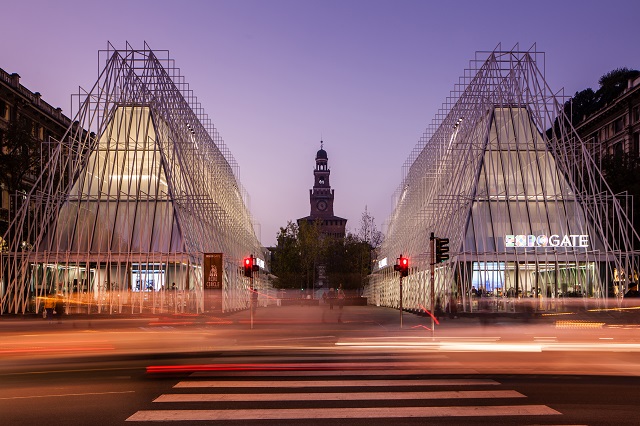 EXPO 2015- the international event where the world’s nations will convene to discuss the subject of food.
–Photo by Baglioni Hotels 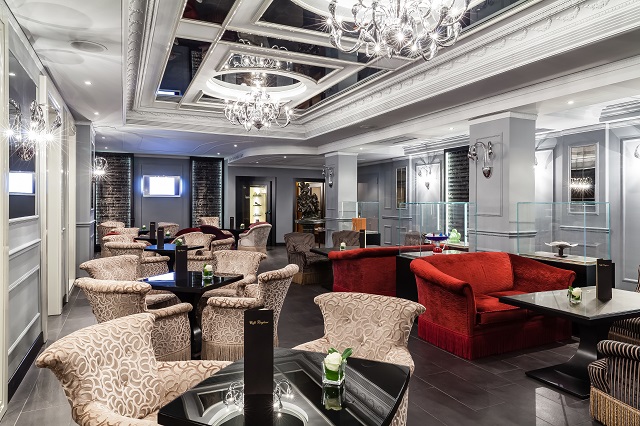 Concierge Tip: During  the Milan Expo 2105 why not take advantage of the special Breakfast4You, which combines buffet and à la carte formulas at the  conveniently located Carlton Hotel Baglioni.