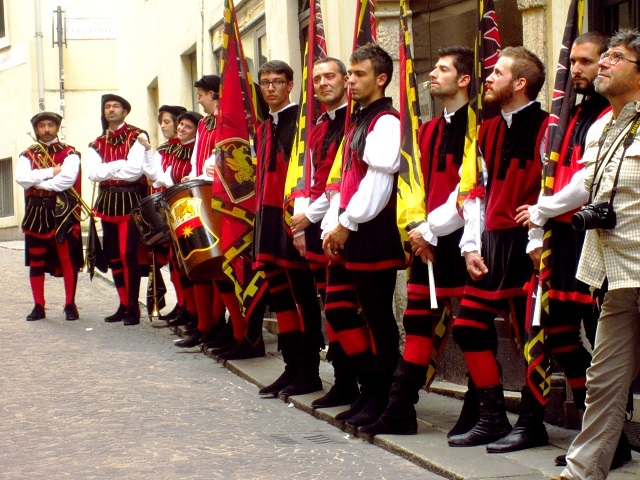 You never quite know what you’ll find happening in the city of Vicenza.

Take, for example, a commemoration honoring the 500th anniversary of Magellan’s voyage around the world. Why in Vicenza? Magellan didn’t make it home from the 2-year cruise, struck down in a hail of spears on a remote Phillippine island, after turning his canon on indigenous residents, having chosen the wrong side during a local rebellion. But Antonio Pigafetta, a Vicentino scholar and paying passenger on the ship, survived the attack. Upon his return he gave the only eyewitness account of Magellan’s untimely end. Pigafetta’s house still stands in Vicenza, the finest example of Gothic architecture in the city, and an oft-visited destination on the architectural walking tour, which mostly includes the finest examples of works by Palladio. 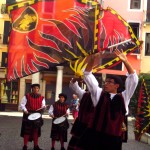 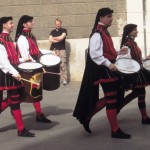 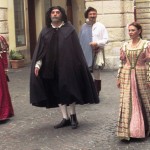 Unexpected things always appear year-round in little Vicenza, less known than its nearby sisters Venice and Verona, both easily accessible, about a half hour distant. A re-enactment of Pigafetta’s return home included a procession of costumed actors followed by horn players, drummers and flag-throwers, who stopped intermittently among Vicenza’s narrow cobbled streets and Renaissance plazas to perform balletic routines to stirring drum rolls. The procession ended on Pigafetta’s doorstep, where the great man himself read from his diaries of the circumnavigation completed five centuries ago. 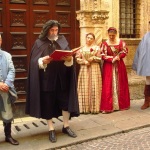 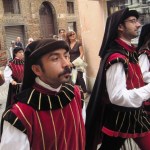 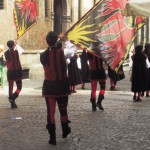 In the town square called the Piazza Signori, a thriving market of delicacies was in progress, and later in the day local residents could be seen sampling from the stalls: cheeses, salumeria, exotic honeys, rustic breads and the first black truffles of the season. 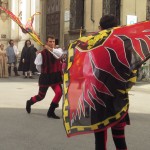 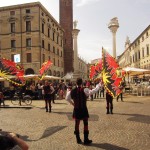 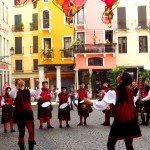 Stanley Moss is a brand guru, philosopher, global gypsy, writer, and artist whose new novel, The Hacker, was recently published in India. He’s CEO of a Stockholm-based think-tank on international branding, a faculty member at Verona’s Academia di Belle Arti Cignaroli, and Travel Editor for a New Zealand fashion magazine. Based in Vicenza, he thrives on food, conversation and multiple cups of Italian coffee. Stanley writes for Lucire and also has his own blog.

Concierge tip: If you want to visit Vicenza and discover the story of explorer Antonio Pigafetta, you might want to stay at Luna Hotel Baglioni in Venice which is a little over an hour’s drive away. The hotel has a range of tempting special offers to meet the needs of all travellers.