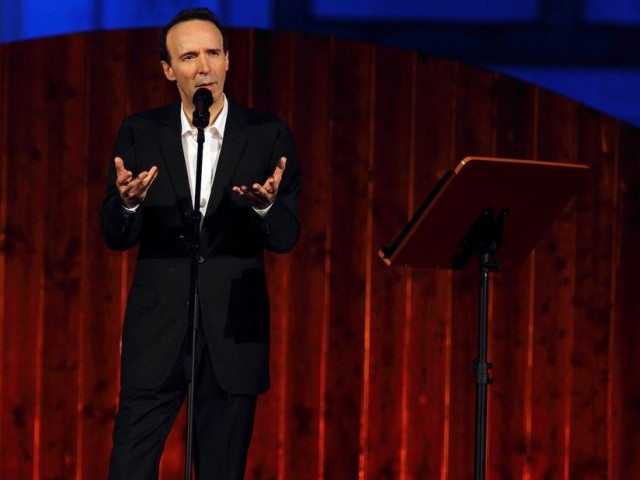 Roberto Benigni returns to Florence from 20 July to 6 August for twelve nights. After the success of last year’s TuttoDante 2012 that attracted 70 thousand spectators, the Tuscan actor has decided to do a repeat performance with a new show dedicated once again to the Divine Comedy: TuttoDante 2013. In the beautiful surroundings of the Tuscan capital, Benigni reads, interprets and recites from memory 12 songs of Hell, from XXIII to XXXIV. There will be no lack of references to current events and politics in Italy, obviously with a satirical slant. The show once again reiterates the extraordinary parallels between Dante’s work and the reality of today … this is an event not to be missed, also for understanding the Divine Comedy and its extraordinary strength through the words of one of Italy’s greatest actors. It takes place in the magical setting of Piazza Santa Croce, one of the most picturesque squares in the city and testimony to the Middle Ages in Italy. Since the fourteenth century, and even more so in the Renaissance period, this square has hosted festivals, tournaments and games, just like today!

Here, we find some of the city’s most important buildings, such as Palazzo dell'Antella, Palazzo Cocchi-Serristori (late fifteenth century) and the beautiful Basilica of Santa Croce erected between 1294 and 1443. And just a short walk from the square, for those who are not from Florence, in a magnificent building eighteenth century palace, there is the Baglioni Relais Santa Croce which, on the occasion of TuttoDante 2013, has prepared a theme package! In addition to the two-night stay in a Deluxe room, generous breakfast and chef's surprise, there’s also the opportunity to take a guided tour to the home of Dante Alighieri, which is near the hotel,  and have the best tickets available at the time of booking for the TuttoDante 2013 show (). For information and reservations write to reservations.santacrocefirenze@baglionihotels.com or call +39 055 2342230.

Seeing Florence and one of its most beautiful squares on an occasion like this is priceless! Listen to a great "Toscanaccio" under a starry sky, surrounded by beautiful buildings, and relive the atmosphere of celebration and games as if we were in a modern fourteenth century. Then cap it all with some pampering at the Relais Santa Croce … it’s the icing on the cake that was missing!