One of the most anticipated events in February are the Carnival celebrations, which have always been a proud tradition in Italy.

Celebrations take place in pretty much any location of the "boot", but only a few can boast being renowned all over the world. The Carnival of Venice, the Carnival of Viareggio, and the Historical Carnival of Ivrea are considered to be among the most important allegorical manifestations in the globe.

The Carnival of Venice is widely known for the beauty of its costumes and masks and for the pomp which distinguishes the festivities in the magic setting of the Lagoon. It unfolds over several days with many varied events: art exhibitions, fashion shows, theatrical performances, and everything one can imagine to entertain and amuse its guests.

The Carnival of Viareggio has allegorical carts of various size parade the streets on Sundays between January and February which carry huge caricatures in paper mache of politicians, intellectuals, and show-biz celebrities, whose physical traits, especially their faces, are interpreted with a touch of satire and irony.

The Historical Carnival of Ivrea, renowned for its climax event, the Battle of the Oranges, is considered one of the world's most ancient and peculiar. The manifestation is a metaphorical enactment of the town dwellers uproar for freedom against the tyrant. The civil clash is represented by the battle between the people and the royal troops, in which the squads of Aranceri (orange holders) on foot (the people) defend their town squares from the the Aranceri on carts (the troops) by throwing oranges at them.

But there are fellows in Italy who thought a few days of festivities just weren't enough to appease their craving for entertainment. As a matter of fact, the Carnival in Milan doesn't end on Mardi Gras but the following Saturday because, as tradition has it, the city’s patron saint Ambrose asked the population to wait for him to return from his pilgrimage before commencing Lenten liturgies.

These are in a nutshell the venues you can't miss if you really want to fully enjoy the joyful and jubilant atmosphere of the Italian carnival. 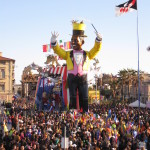 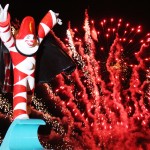 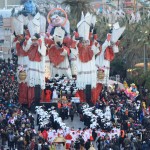 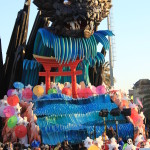 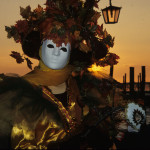 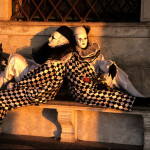 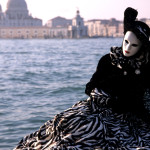 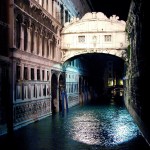