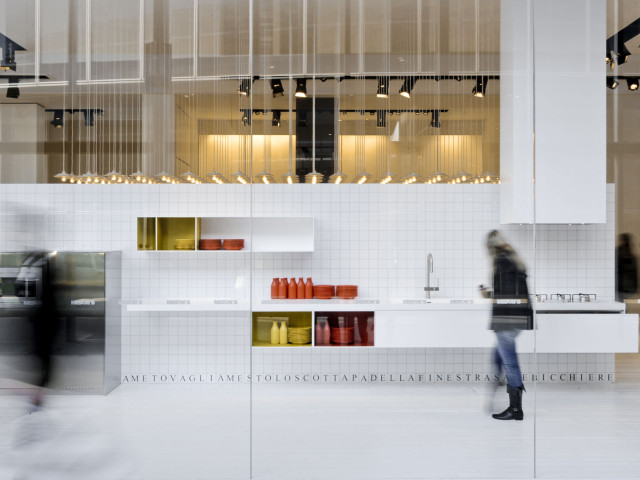 The 51st edition of the SHOWROOMS kicks off on April 17 and will continue till April 22 – 2012, displaying thousands of top-quality products, a new reassertion of Milan as international capital of the furnishing industry.
Architects, interior designers, retailers, project planners and even the public at large too, who will be able to visit the event on Saturday and Sunday and discover the most vast offer of design and classic and modern furnishing items known to the world.
A newcomer is EuroCucina or EuroKitchen which opens to all the items that share in making the dining ritual and companionship at the table more jovial and pleasant. From table accessories to kitchen tools: suggestions and solutions for a home ambient which has changed from its original purpose into becoming more and more a gathering spot and the cornerstone of the new way of experiencing and dwelling in one's home.
This year, the Satellite Showroom dedicated to “Design >–<Technology”  hosted in the trade center celebrates its 15th edition, carrying on its tradition of talent scout always on the look-out for the most promising international designers, to offer them visibility and the opportunity to network with the companies exhibiting their products.
As is customary every year when the International Furniture Fair is scheduled, the Italian capital of design livens up with spontaneous luxury events and becomes a huge display window for exclusive items contended by art, industry, and philosophy, in an intense and dynamic itinerary which crosses and entices the city to take part in a true tour on the discovery of quality products and of the culture of home living.
The Theater of Art of the Triennial Exhibition of Milan will host “Design Dance”, a project by Michela Marelli and Francesca Molteni, the latter already curator of several events on behalf of the Fair, amongst which “Un bagno di stelle” or a "Shower of stars" at the Planetarium in Milan in 2010. The stage set has the works of the design artists talk, recite, and even dance. The objects become actors and narrators because, just as every work of the human intellect, the objects describe the emotions that have given birth to them. A full immersion in a world of products and a path of knowledge, following the journey through which man has told his own tale, his needs and, above all, his dreams. Items from the past and the present, classic and modern, but also projects of the Satellite Showroom which “have come true”, because they have turned into finished products.
This is precisely what “Design Dance” is all about:  a show of voices, bodies, and objects which wants to narrate the tale of the wondrous experience of design, with the objects that recite as lead actors.
During the six days of the Showrooms, the Pinacoteca Accademia Ambrosiana Library, a historical place that treasures the classical world, will host the production of the “librocielo” (literally "sky book") conceived by Attilio Stocchi, a multimedia tribute to the city's Roman heart and a reflection on how we experience and breathe space through the voices of certain ancient textbooks.
An original “path of sound and light” will also be enacted, which will be centered in the Federiciana Hall and in the Courtroom of the Magnus Spirits. On this course, visitors will be able to see and hear “the books speak to one another”. The audience will be confronted along the path with a new visionary world, spectators of imaginary dialogues between talking books. And strips of light – almost like voice echoes – will help understand the relations and ties that will come to life between the ancient volumes. The Ambrosiana Library hosts, among other prominent manuscripts, the first metric layout of Milan (in a code of Galvano Fiamma) and the celebrated sketch by Leonardo da Vinci of concentric Milan: “The city's shape is round: its roundness symbolizes perfection”, is what Bonvesin de la Riva writes in his "The marvels of Milan". 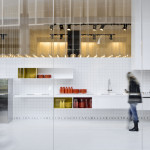 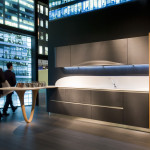 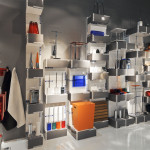 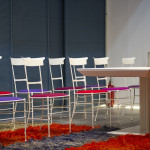 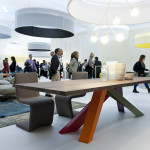 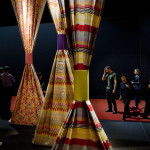