Thanks to their extraordinary feats and sport miracle on the field, the Italian women champions have passed the Fed Cup 2012 semifinals in Biella. A thrilling and fast-paced match which reaped quite surprising results at times.

The first match saw Italy's Francesca Schiavone pair up against the feared Ukrainian Kateryna Bondarenko. After a get-go which seemed to lead to sure defeat, the tennis-player from Milan closed the 6-7 and 1-5 gap and won with a score of 6-7, 7-5, and 6-4.

Sara Errani was not as lucky and was forced to quit the match against Lesia Tsurenko due to strong knee pains.

The true stars, however, were Roberta Vinci and Flavia Pennetta with their winning doubles. In fact, the duo Lesia Tsurenko and Olga Savchuk, known in the tour as "the steamroller", were swept away by the Italian women's enthusiasm and skill, with a final score of 3-2.

With toil, concentration, and an urge to win, the Italian women's tennis team triumphed in the Fed Cup quarterfinal against Ukraine. Now we can sit back and anxiously wait for April, when our girls will face the Czech Republic in their homeland.

Top-rank tennis will take the scene again in Italy in Rome from May 12-20, with the Italian International tennis ATP challenger. Attendance to the 69th edition will be stellar: all of the top ten female tennis players will tread the clay of the Capitoline tennis fields, an added reason not to miss out on an event which attracts thousands of fans of the sport every year. 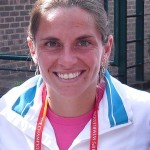