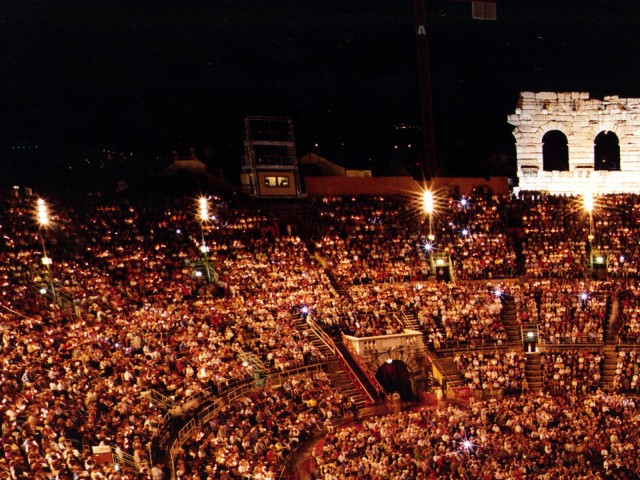 One of the most awe-inspiring and historical locations in the world and the most famous of operas: this is what the Festival of Opera in the Arena of Verona is in a nutshell.
The amphitheater was built in the first half of the 1st century AD, round about the end of the Empire of Augustus and the Empire of Claudius. It is the third largest amphitheater in Italy and its shape as an ellipse allows it to host a vast number of spectators while yet preserving outstanding acoustics. The stage was once covered with sand (hence its name "arena", an Italian word for "sandstone") and here audiences watched gladiators wrestle. The sand would soak the blood shed by the fighters and beasts. The stage and terraces of the amphitheater combined could welcome as many as 30,000 people.
The Arena's modern-day position within the city walls has changed over time: at first it was, in fact, just without the city for safety reasons and also to allow farmers living in the surrounding area to reach it with ease, while at the same time keep them from entering the city. In 265 AD, threatened by hoards of barbarians, Emperor Gallienus was forced to build added walls to defend the city of Verona, which ended up encompassing the Arena within the city confines.
The amphitheater was formed by three concentric rings built out of blocks of white and pinkish limestone, re-polished to shine again in all their original splendor from atop the Arena.
The Arena is without a doubt the monument that symbolizes Verona and it attracts hundreds of thousands of tourists each year from around the globe.
What better occasion to enjoy a visit inside a glorious amphitheater than if not to couple millennial history to a front-row seat as spectator of one of the magnificent shows on the playlist each summer for the Festival of Opera?
This year six everlasting classics will captivate viewers from June 22 to September 2: Don Giovanni, Aida, Carmen, Roméo et Juliette, Turandot and Tosca.
Names that immediately bring to mind in the enthusiast of opera and the novice alike images of grand stage settings and epic stories of troubled love affairs.
Well then, a matchless and unique mix which those who are seeking an all-round Italian experience cannot afford to miss. 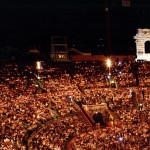 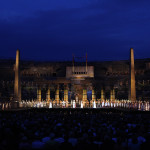 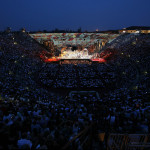 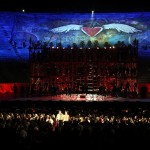 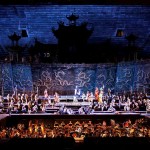 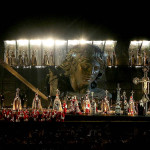