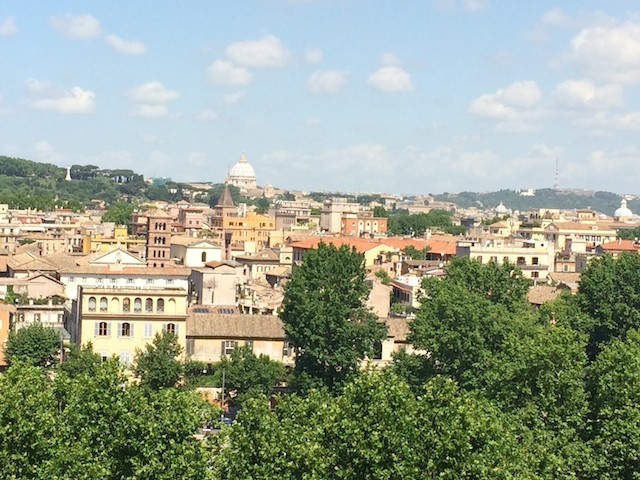 Imagine standing on the terrace of a luxury penthouse suite on the Via Veneto in Rome…sipping prosecco and reveling in a breathtaking, panoramic view of the Eternal City, “The Great Beauty“…Rome!

Paolo Sorrentino’s “La Grande Bellezza,” (“The Great Beauty“), in case you haven’t seen it, attracted much acclaim and attention, including winning the Golden Globe, Academy Award and BAFTA for Best Foreign Picture in 2014 (I won’t get into reviews or critiques here). I can only say that, for me, it was fascinating, provocative and visually magnificent. Irresistible, gorgeous and full of contradictions – you simply can’t take your eyes off of the main character! Oh, I’m not talking about the protagonist, Jep Gambardella, I’m talking about Rome!

As our guide on his personal journey, we follow Jep through the streets and sights of Rome – his Rome set against all that Rome is and was… Jep is a writer…or was – what we would call a one hit wonder – with a 20 year long case of writer’s block. But oh, he is still a celebrity and the darling of high society, loving and living the high life as the self-proclaimed king of the party scene…and I do mean scene!

We’re never sure if he takes himself or his life seriously. Is he amused, world-weary or bored? Is he observing or is he looking for something…or maybe both? As he strolls through empty streets, always elegant and impeccably dressed, sending lazy puffs of smoke wafting into the night air, it’s as if he’s inhaling Rome and looking for something, something elusive. Inspiration? The great beauty?

I’ll let you draw your own conclusion …but, unlike Jep, I found the great beauty! So, follow me, won’t you and let’s stroll through la grande bellezza together!

Our 5 Star Day begins at the luxurious Regina Hotel Baglioni and will take us to many of the spectacular exterior locations of “The Great Beauty” as well as but to other sites along the way (with time for a scrumptious lunch at the Brunello Restaurant back at the hotel).

Of course, we start on Via Veneto! One of the most expensive streets in Rome, Via Veneto is a central location in “La Grande Bellezza“. Featured in Fellini’s iconic 1960 “La Dolce Vita”, it has retained its fame and reputation as the meeting place of artists, writers and actors. (I would’ve sworn I saw a quite striking and dashing figure clad in a flawlessly tailored white suit pausing to light a cigarette as we drove off…)

Our next experience is a stroll through Piazza Navona to admire Bernini’s spectacular 17th century Fountain of the Four Rivers and Borromini’s Church of St. Agnese in Agone. We are not alone like Jep and a lady friend when they stroll through the empty Piazza in the late hours, but we certainly appreciate its magnificence nonetheless. As we leave, we can look up at the “apartment” balcony where Jep, lost in thought, enjoyed a cigarette after their rendezvous (actually Piazza Farnese dei Ricci).

My favorite scene is a captivating post-party episode when Jep and his lady friend, Ramona, are escorted on a magical and quite extraordinary evening walk by the mysterious man with the keys. In fact, it’s several locations edited together (ah, the illusion of film editing!)…let’s follow them, shall we?

We begin at Palazzo Spada which today houses the Galleria Spada and is the meeting place of the Italian State Council.  In the interior courtyard, we glimpse (through glass) at Borromini’s charming “forced perspective gallery”. “Forced perspective” is another way of saying optical illusion. With its diminishing rows of columns and a rising floor, it creates the illusion of a long corridor with a life-size statue at the end… It is, in fact, just an illusion, a bit of a trick. The “gallery” is foreshortened and the statue is only 60 cm tall…ah, things are not always what they seem…

We ride to our next two stops to the most southerly of Rome’s seven hills, the Aventine Hill. Our first stop is the Villa del Priorato di Malta, home of the Grand Priory of the Sovereign Military Order of Malta. However, it’s “the best keyhole in Rome” that brings us (and other curious visitors) here. We line up to get a peek at the delightful view – it’s a bit like looking into a kaleidoscope…focus…ah, there it is! Saint Peter’s dome perfectly framed by cypresses at the end of a garden.

At the end of their private visit to exquisite galleries of ancient art, Jep and Ramona come out onto the beautiful terrace and garden of the very lovely Giardino degli Aranci. Also on the Aventine Hill, a short walk takes us to the same vantage point where we, too, can enjoy a commanding view of the great beauty. They stood speechless, so do we…

We move on to Janiculum Hill where, on one of his solitary strolls, Jep’s attention is captured by the sound of childish giggles and the futile pleas of her mother. Curious, he enters Il Tempietto di Bramante in the Church of San Pietro in Montorio, a small commemorative tomb built by Bramante in the church dedicated to St. Peter. According to tradition, this is where Peter was crucified, but today Jep isn’t thinking about that as he peers down into the grated opening in these ancient floors…or is he?

Janiculum Hill is actually where the movie begins. The lovely Fontana dell’Acqua Paola stars in the opening scene of “The Great Beauty” and we are again rewarded with still another marvelous view of Rome (and if you’ve seen the movie, I guess you could call it a killer view!).

A short walk and we’re just in time to witness the daily noon firing of the cannon that Romans set their clocks to. (We just plug our ears!)  After the cannon, we continue along the lovely Viale Gianicolo up to Rome’s second highest hill and share still another breathtaking, panoramic vista of Rome with Giuseppe Garibaldi as he proudly watches over this beautiful city, this Eternal City.

We’re near the end of our extraordinary day when we stop to admire the Terme di Caracalla, the Baths of Caracalla, which were the second largest public Roman baths. Built in the 3rd century AD by Emperor Caracalla and in use until the 6th century, 1600 Romans would convene here. Today people convene to enjoy operas staged here and perhaps, as in “The Great Beauty“, an illusion or two? (I thought I saw a giraffe…did you see a giraffe??)

Following along the Appian Way, we approach our last site the ancient Roman aqueducts. As the Parco degli Acquedotti comes into view, we are once again reminded of the engineering genius and glory of ancient Rome. Aqueduct Park is a public park and part of the Appian Way Regional Park. In the film it’s the location of a rather unusual “performance art” scene (and that’s the naked truth!)

For me, the aqueducts are absolutely incredible, phenomenal and spectacular! One cannot help but marvel at their sheer scale and grandeur, proud reminders of why Rome is the Eternal City. It’s also where my favorite image is of Jep… strolling along the pathway…as we did. We weren’t as nonchalant as he was in their presence but then we are just visitors here…

This magical experience concludes with a toast to Rome, The Eternal and Great Beauty, and to the end of my unforgettable dolce vita day on the terrace of the lovely Roman Penthouse Suite at Regina Hotel Baglioni.  Cin cin! Jep would approve!

– Victoria  De Maio
La dolce vita sums up Victoria’s passion and love for all things Italian. An American living in California, her heart is always in Italy. As a travel consultant, blogger, and writer, Victoria loves sharing practical no-nonsense travel tips and insights on her travel blog, PostcardsfromTravelPiZazz.com and now offers two boutique tours to Italy. Connect with Victoria on her blog, Facebook, Twitter, and Pinterest.

Concierge tip: Experience the same tour of movie locations which inspired Paolo Sorrentino’s Oscar-winning film with the Great Beauty Experience at Regina Hotel Baglioni in Rome. As well as the above exclusive tour, the package also includes a 2 night luxury stay with breakfast, a 3 course lunch (excluding drinks), a Roman aperitivo and other pleasant little surprises. 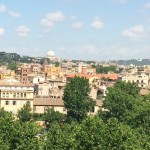 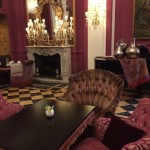 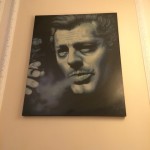 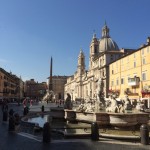 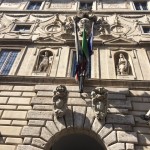 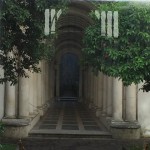 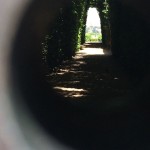 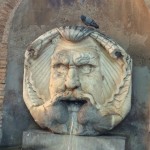 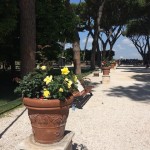 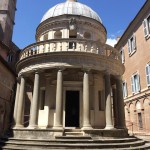 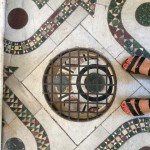 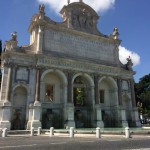 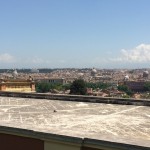 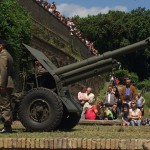 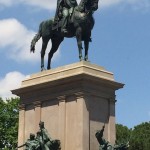 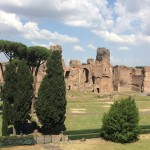 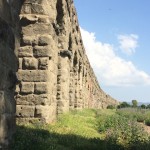 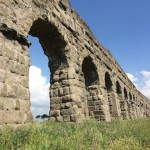 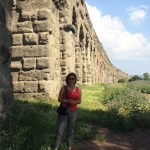